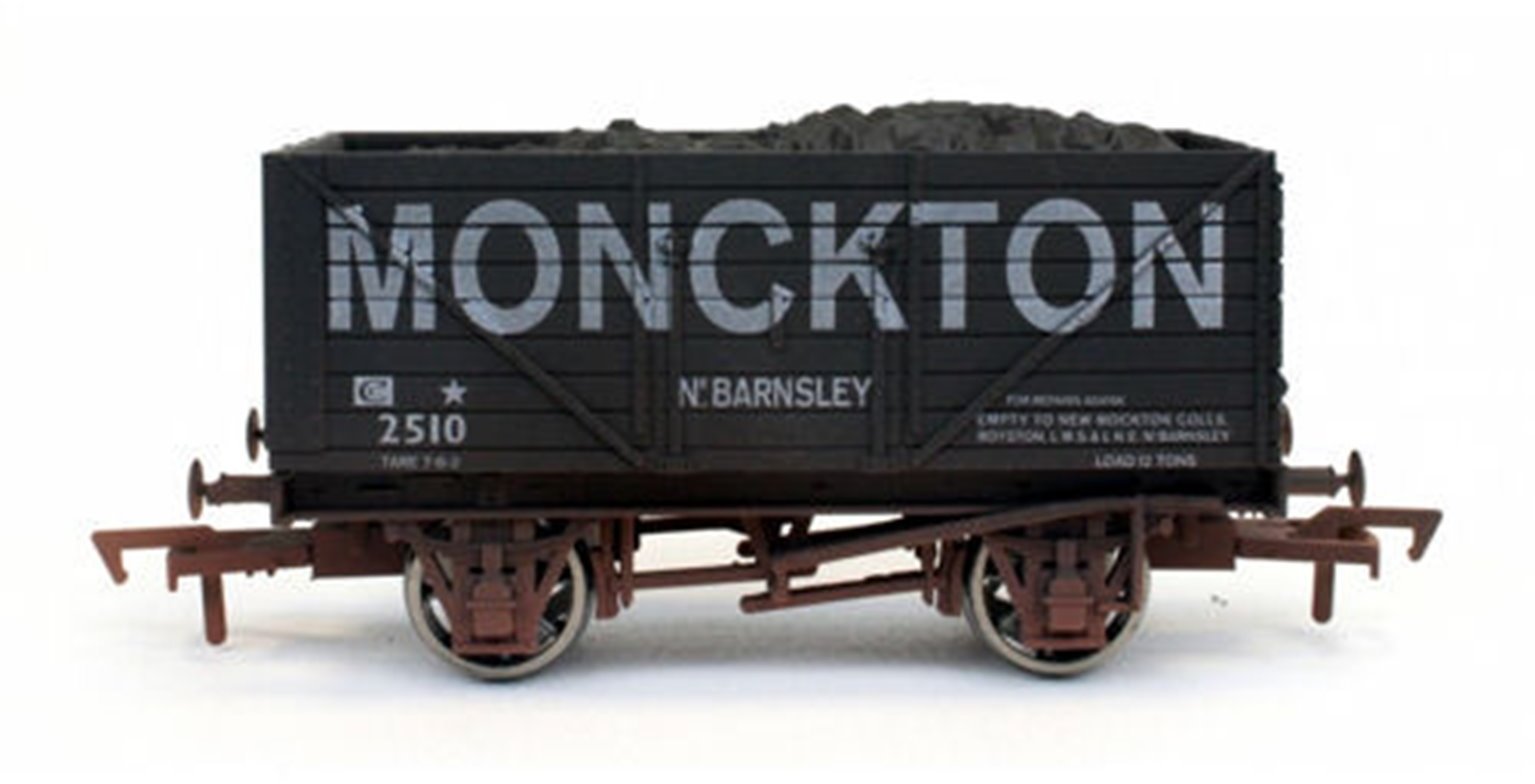 The 8 plank wagon was a development of the earlier 7 plank version and was primarily a coal wagon for the less dense forms such as coke,. The extra height given by the additional  plank allowed the wagon to carry its full 12 ton capacity. The wagons were built from the late 1920’s to the end of the 1930’s and were used right up to the 1960’s. Their designs incorporated a side door on each side of the wagon and one end door to aid unloading if the wagon was to be tipped.

The Dapol model of the 8 plank wagon features: