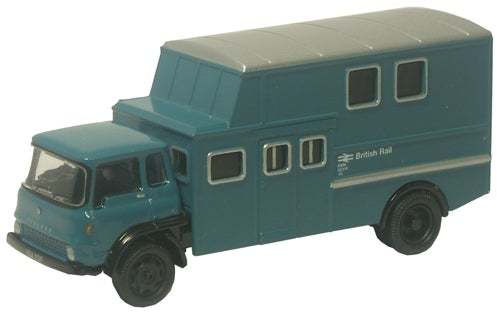 The Scottish Region (ScR) was one of the six regions created on British Railways (BR). It existed from the creation of BR in 1948, ceased to be an operating unit in its own right in the 1980s and was wound-up at the end of 1992.The Bedford TK was produced by the Vauxhall-owned Bedford company. It was introduced in 1959 and had a variety of uses, including fire engines, military vehicles, flatbed trucks and other specialist utility vehicles. The letter 'T' stood for 'Truck'. It epitomised the perfect lightweight truck and remained so until the end of the 1970s. Available as a rigid truck as well as a tractor unit, it proved very versatile and its longevity speaks for itself, as it is still used in some developing countries even today.