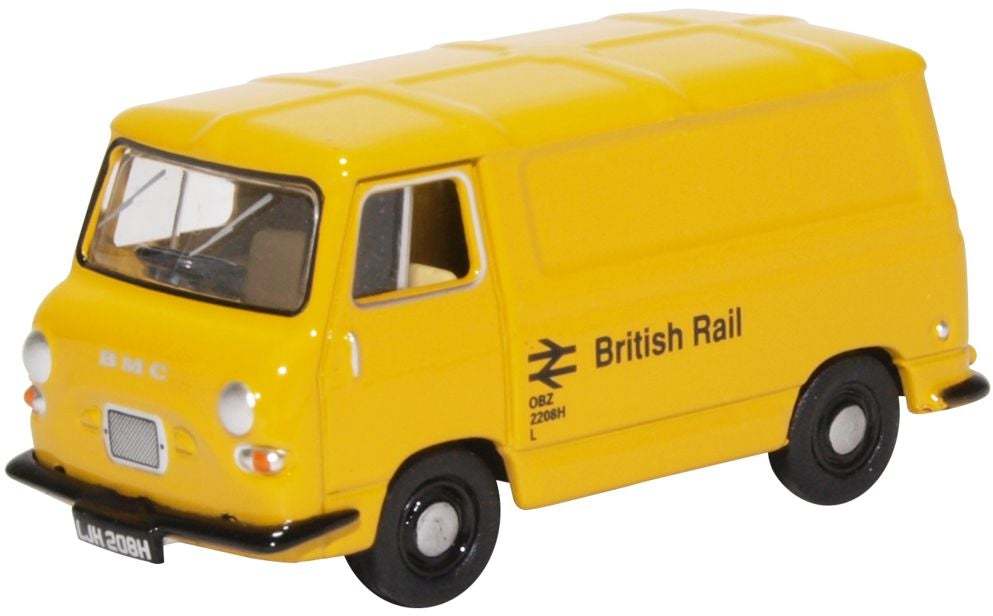 The J4 Van was launched originally by Morris Commercial in 1960 and the first release off the new tool was classed as a Morris J Van which came in Royal Mail livery. By the time of our current release, registered LTH 208H from 1969-70, Morris had evolved into the British Motor Company. The visible difference between the two models lies in the radiator grille and on the British Rail version, the BMC lettering is printed above the grille.

Decorated in the bright yellow British Rail livery of the time, the black printed artwork shows the dual arrows and British Rail along the sides of the van and British Rail printed across one of the back doors. Other trim is finished in either black or silver. For model railway enthusiasts, the 00 scale utility van will fit in nicely as a lineside vehicle of the period.