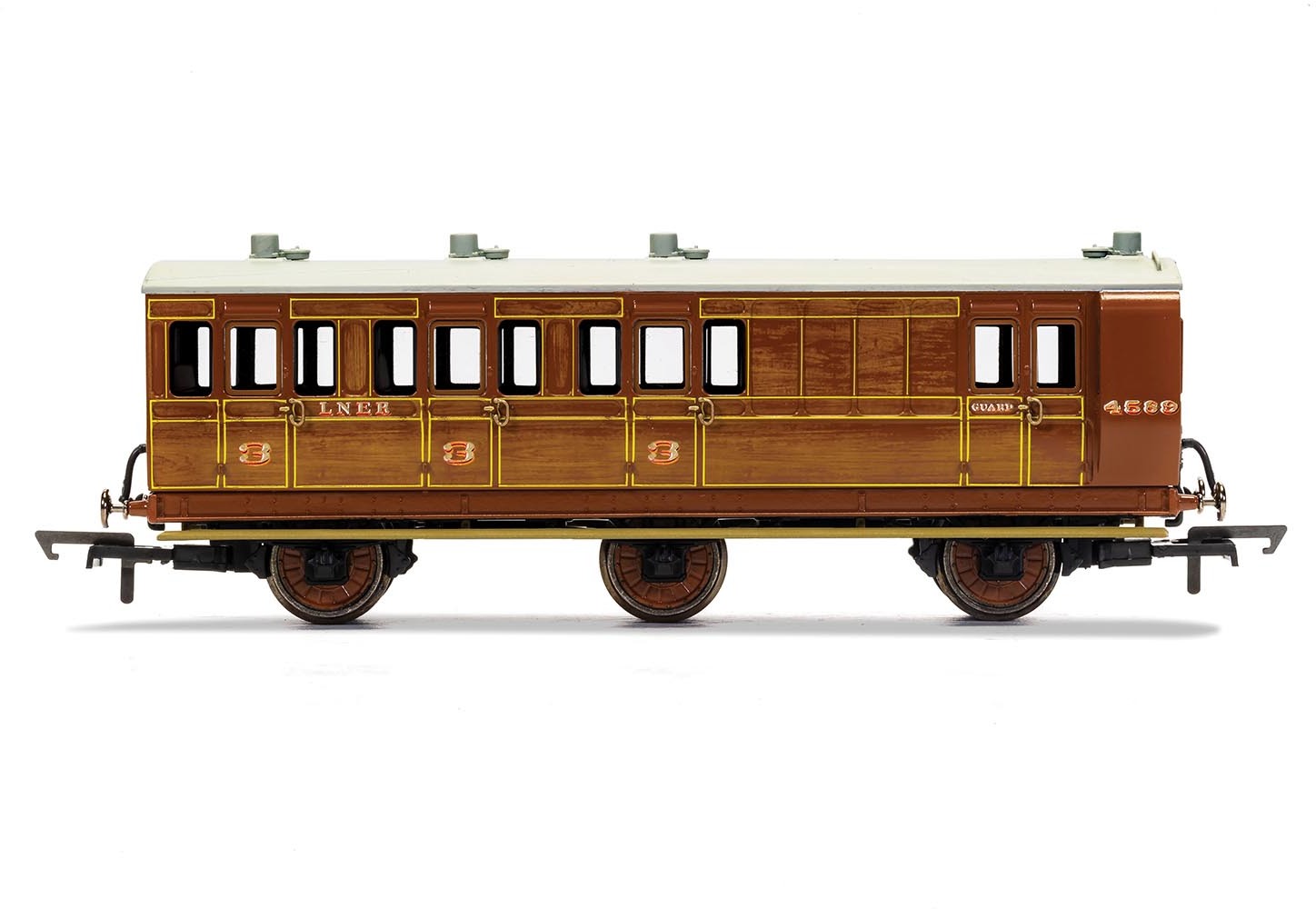 This six wheeled coach is a representation of the many which served on the London and North Eastern Railway (LNER) having been inherited form the Great Northern Railway (GNR).
Small coaches such as this six wheeled coach proved especially good at branch line work where their small size enabled the traversing of tight radius curves, whilst lower passenger numbers meant their small size was more acceptable and enabled trains to be hauled by smaller engines.
This LNER coach is modelled as having step boards to enable access at stations with low platforms and oil lamp lighting. This model also features our new Maglight system which allows coach lights to be turned on and off using a magnetic wand, removing the need for track pick-ups which would increase rolling resistance.