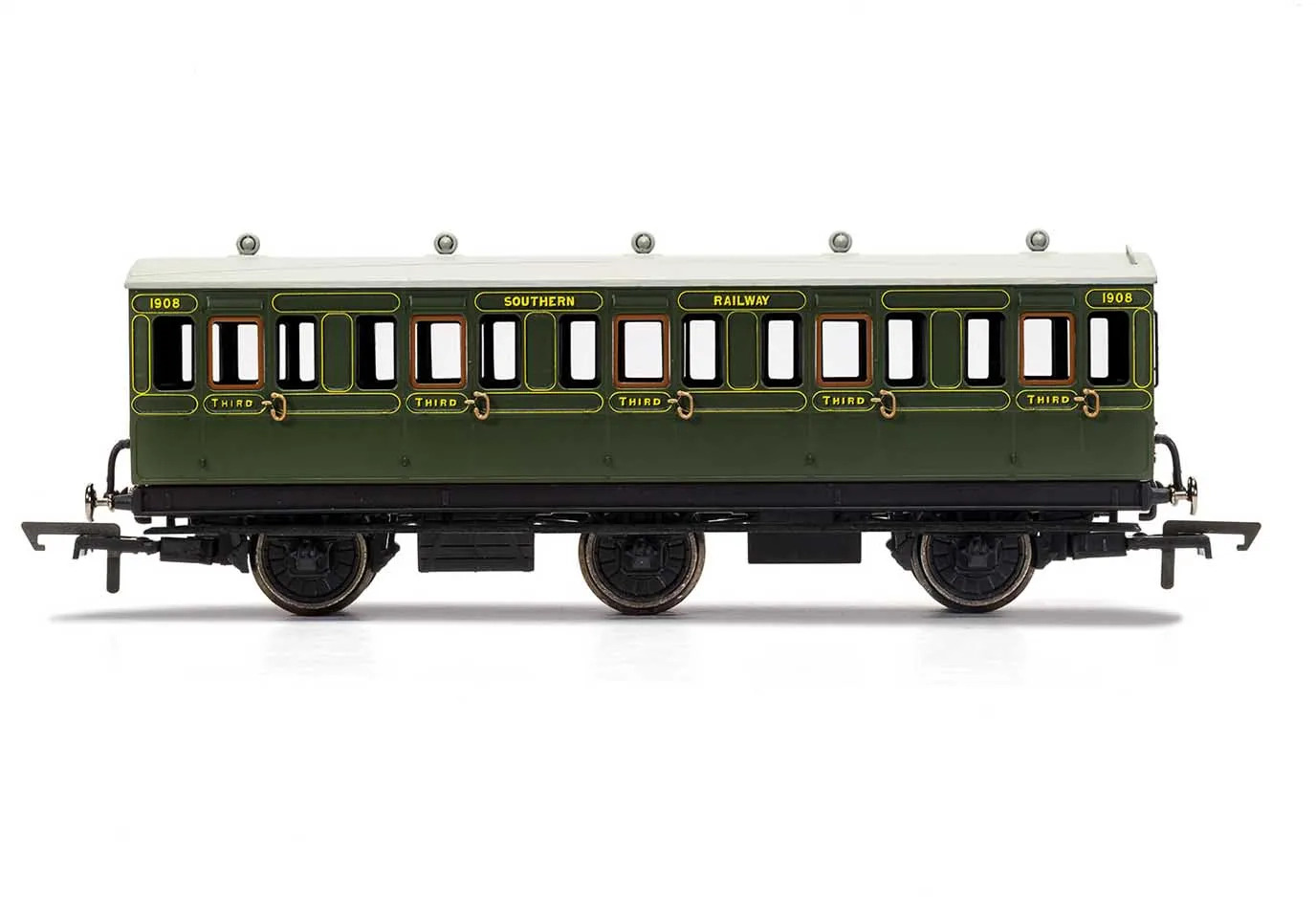 This six wheeled coach is a representation of the many which served on the Southern Railway (SR) having been inherited from its predecessors such as the London & South West Railway (LSWR) and the South Eastern and Chatham Railway (SECR)
Small coaches such as this six wheeled coach proved especially good at branch line work where their small size enabled the traversing of tight radius curves, whilst lower passenger numbers meant their small size was more acceptable and enabled trains to be hauled by smaller engines.
This SR coach is modelled as having step boards to enable access at stations with low platforms and electric lighting.