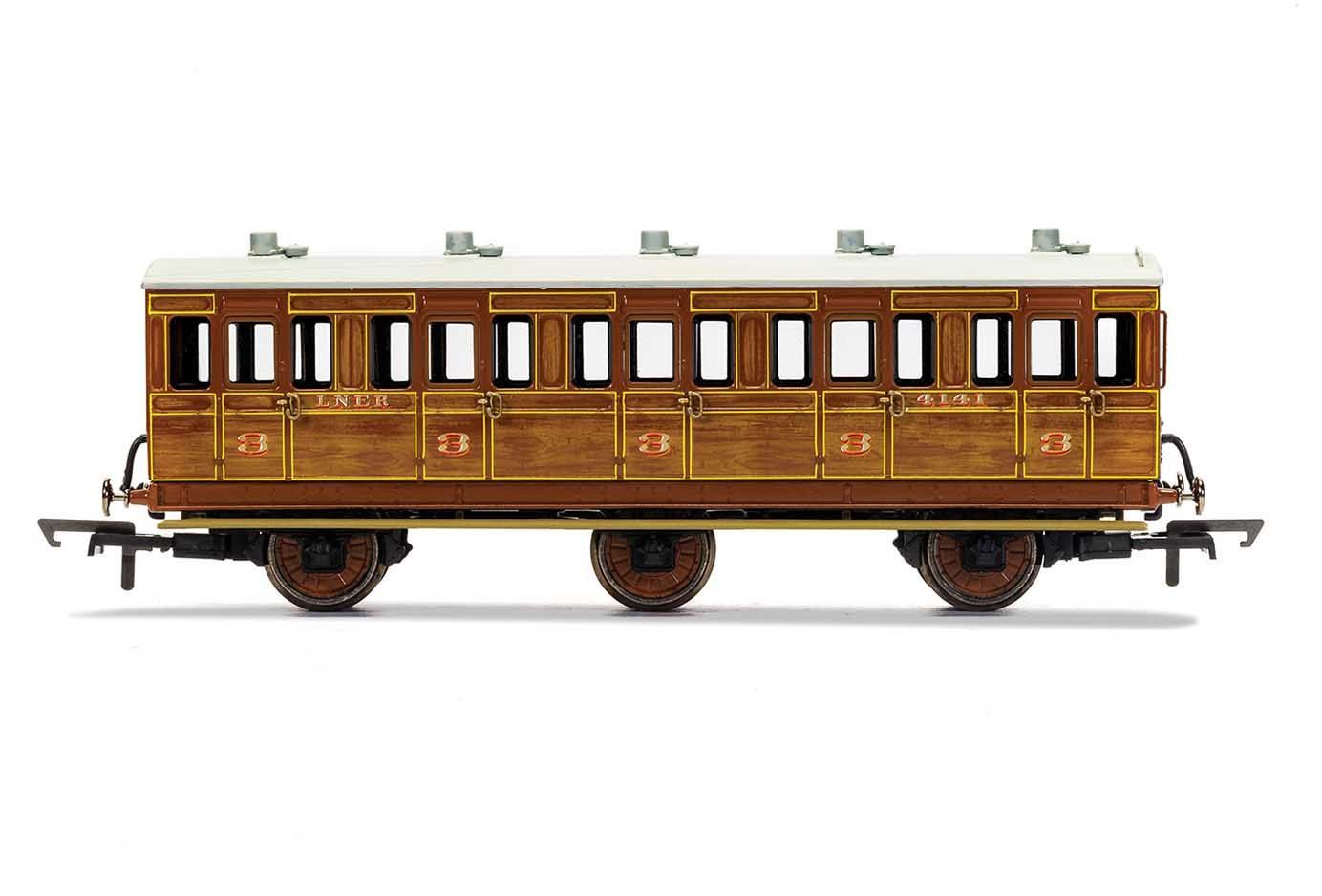 This six wheeled coach is a representation of the many which served on the London and North Eastern Railway (LNER) having been inherited form the Great Northern Railway (GNR).

This LNER coach is modelled as having step boards to enable access at stations with low platforms and oil lamp lighting.