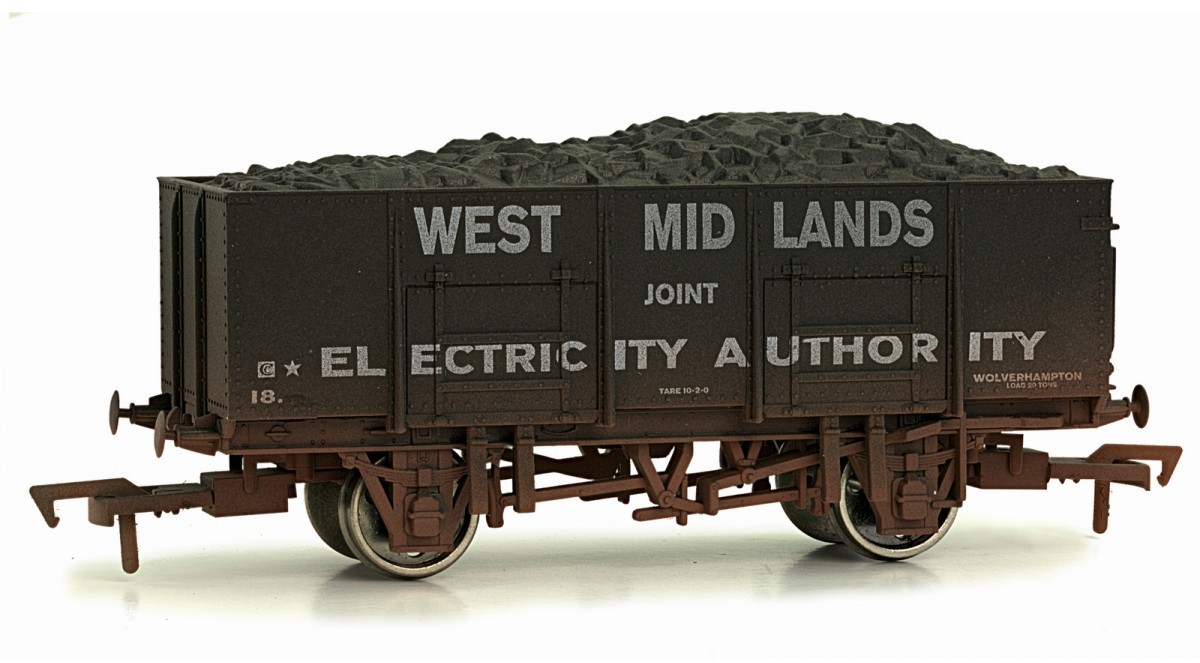 20 ton steel mineral wagons of a steel riveted construction were used nationally, transporting coal and other minerals. They came into service in the 1920’s and were used well into the 1970’s. The wagons themselves had two side doors per side and an end door which facilitated easy unloading

The Dapol Model of the 20 ton steel mineral wagon features: