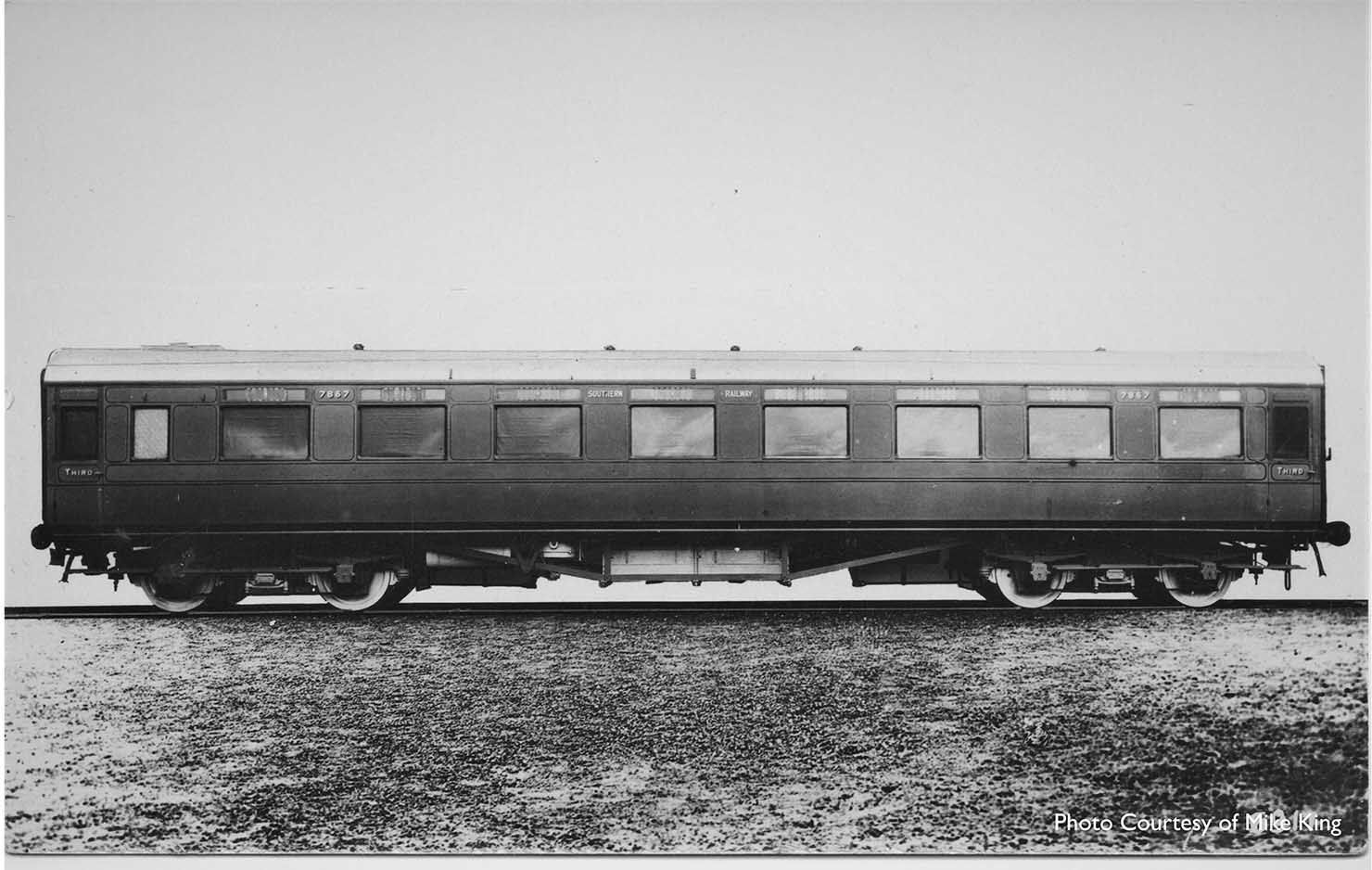 Maunsell’s diagram 2652 third class dining saloons were built in 1927 to provide an area for third class passengers to make use of the kitchen services provided in first class kitchen/dining coaches. The exterior of the coaches utilised the ‘low-window’ Maunsell styling, with ventilators above the windows and doors at each end which were gently recessed to accommodate their grab handles within gauging limits. Inside, each coach could accommodate 64 diners and two toilets were located at the end of the coach furthest away from the kitchen/dining first coach.
Whereas a further 40 kitchen/dining firsts were built to the same ‘low-window’ style from 1929 onwards, accompanying third class dining was felt to be better served by the new ‘high-window’ open third saloons and as a consequence, from 1930, the six third class restaurant dining saloons were reclassified as open thirds.