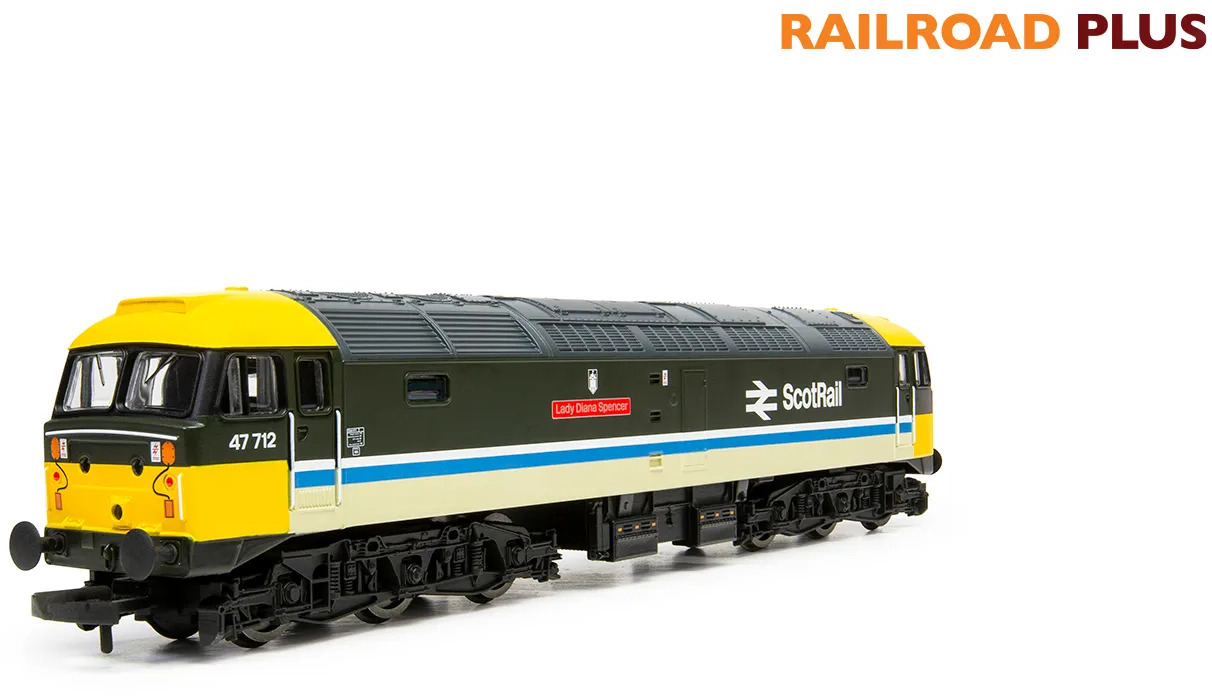 Built between 1962 and 1968, the Class 47 Co-Co Diesel-Electric locomotive was once the most numerous class of mainline diesel in Britain with 512 examples. 310 locomotives were constructed by Brush in Loughborough, and the remaining 202 at Crewe. The locomotives were used for passenger and freight operations.

In 2020, 24 of the class remain operational on the national network with more in storage and an additional 31 preserved. D1948 was built in August 1966 and later became No. 47712 under the TOPS system. In April 1981 the locomotive was named 'Lady Diana Spencer' and kept this name until April 1995. The locomotive later carried the names 'Dick Whittington', 'Artemis' and 'Pride of Carlisle' before once again becoming 'Lady Diana Spencer' in July 2016.