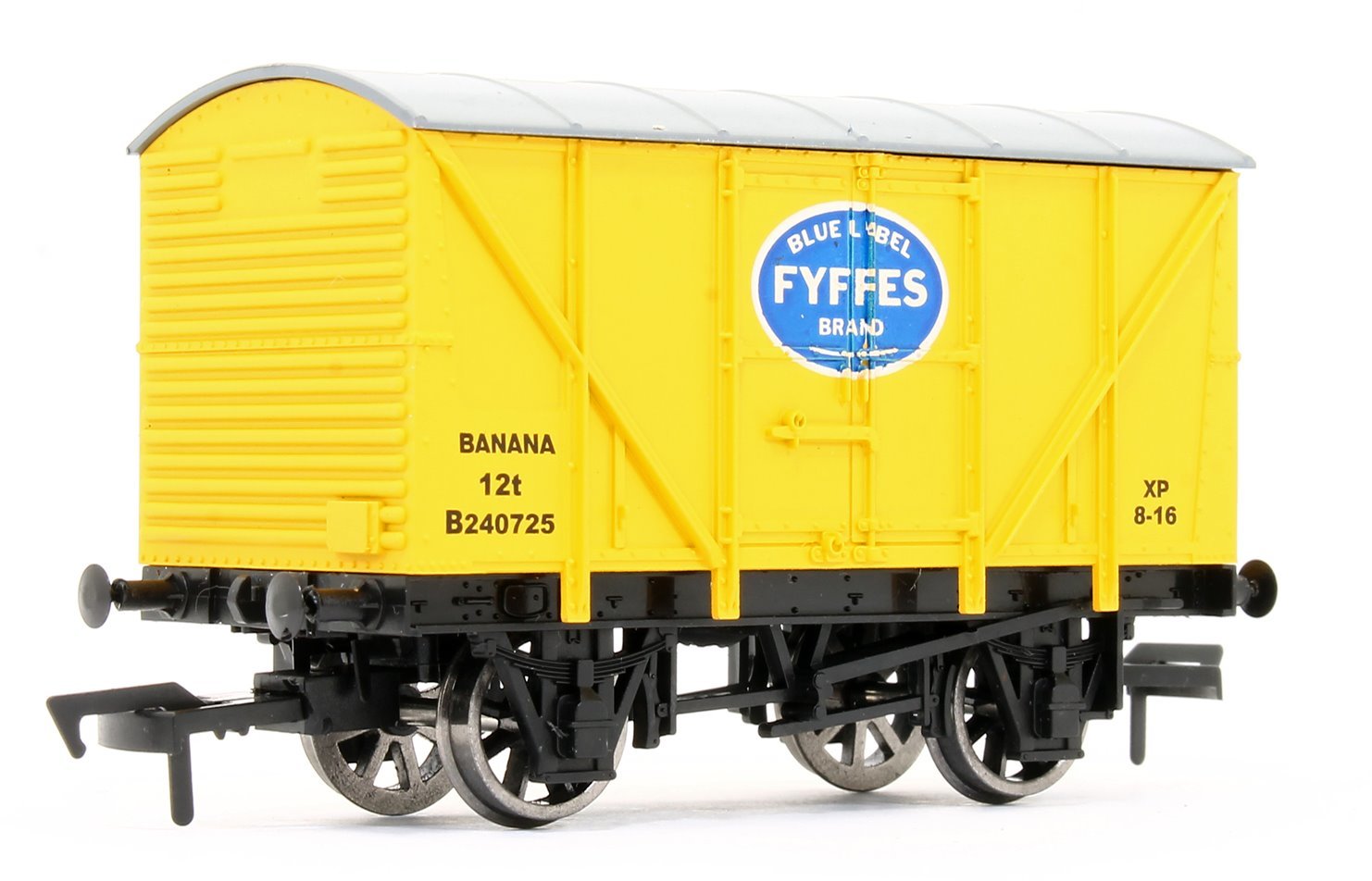 To meet the rapid rise in demand for bananas shipped in from the Caribbean, especially constructed steam heated banana vans were manufactured with plywood cladding and insulated bodies that allowed bananas to be shipped in green and ripened en-route.

The Dapol model of the banana van is of a later 1950’s built variant that was steam piped allowing the easy running of interconnected block trains and features: