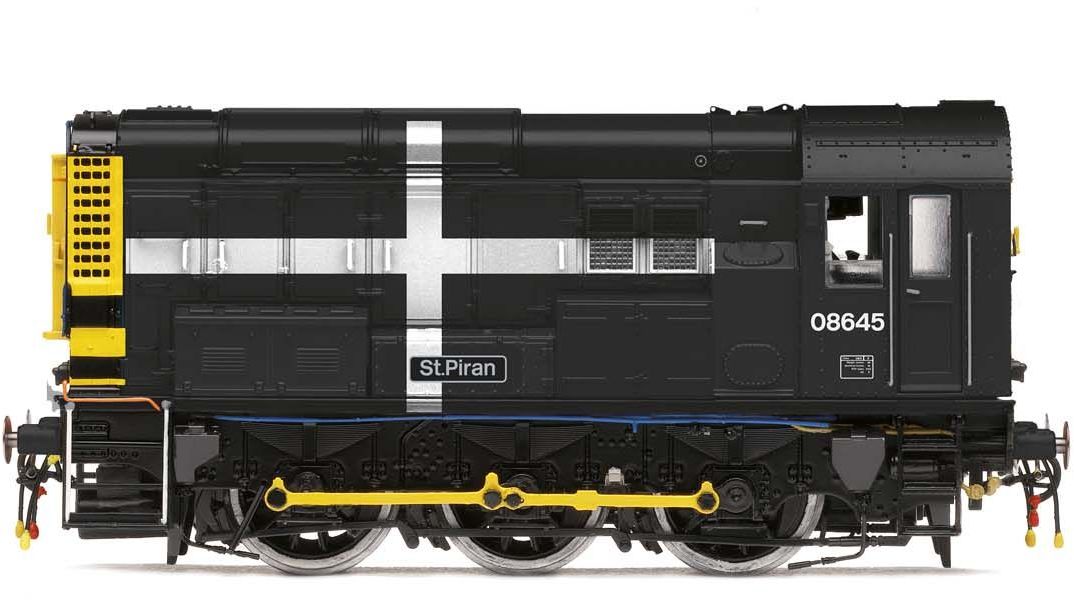 Built at Horwich Works, D3812 entered traffic on 13 February 1959 allocated to Newport Pill and the locomotive was to remain in Wales, albeit allocated to different depots until the closure of Landore in December 2018. During this period, air brakes were fitted to D3812 in October 1971 and in March 1974, the locomotive was renumbered as 08645 under TOPS.

On leaving Landore, 08645 was moved across to GWR's Long Rock Maintenance Depot and on 13 April 2019 at the public open day held to raise money for the Penlee Lifeboat Station and RNLI. The locomotive was unveiled in a special 'Kernow' livery and bearing the name 'St. Piran', after the patron saint of Cornwall.

With such a huge background and duration of service, the 'St. Piran' earns a well-deserved spot in any railway collection.