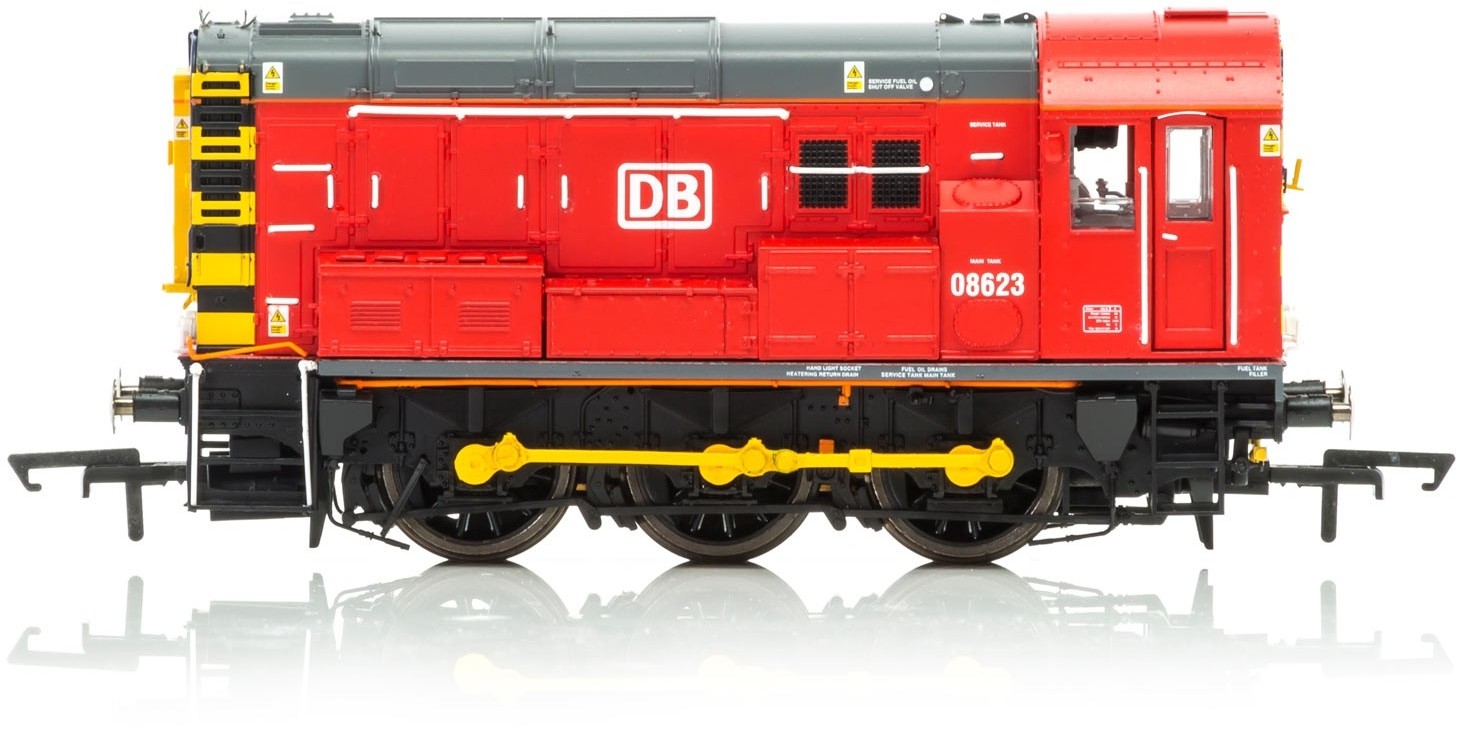 The British Railways Class 08 0-6-0 diesel electric shunter, developed from the similar LMS design, eventually became British Railways’ largest, and probably most recognised, fleet of locomotives. The last of the LMS designs was completed in June 1952 and October that year the first two locomotives, 13000 and 13001, were sent for trials at Toton, using the same English Electric EE6K 350hp power unit as the LMS designs. 996 units were built between 1952 and 1962 at BR’s workshops in Crewe, Darlington, Derby, Doncaster and Horwich and over 300 still remain in traffic.

Locomotive 08623 was delivered from Derby Works in October 1959, being renumbered from D3790 on December 31, 1973. 08623 was the second of Bescot Yard’s Class 08 shunters to be repainted in Schenker’s distinctive red livery.