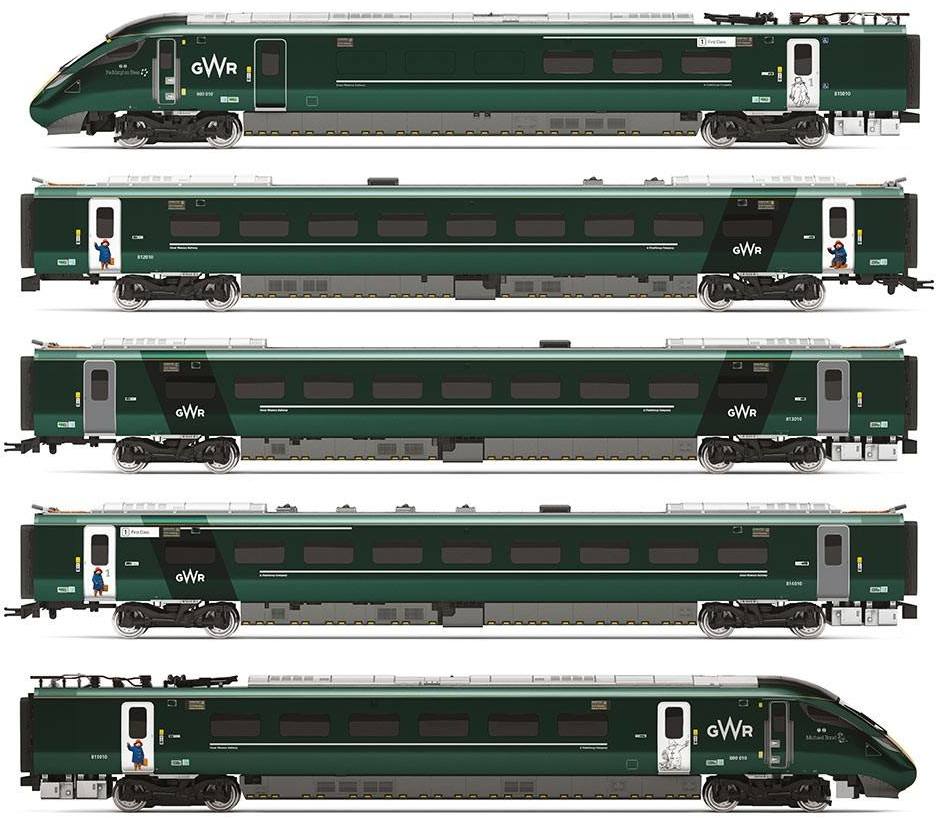 A logical design progression from the hugely successful Class 395 Javelin, Hitachi's Intercity Express Programme Class 800/801/802 stock, is set to run the length and breadth of Great Britain; from Penzance to Inverness, Liverpool to Yorkshire's East Coast. Hitachi's pioneering bi-mode (dual electric/diesel) technology, designed to technical specifications laid down by the Department for Transport, gives the Class 800 the flexibility to run on a variety of lines, on gradients up to 1:37 and with differing lineside infrastructure, as well as being adaptable to future transport planning and passenger demands.

The Intercity Express Programme was developed to increase capacity into London termini during peak times, with original calculations predicting that the Hitachi trains would boost capacity by up to 40% going into Paddington during the morning rush hour period. The passenger service roll out will commence on the Great Western Main Line with thirty-six Class 800/0 five-car sets, initially on services to Bristol and South Wales and the fleet will then be expanded in 2018 with twenty-one Class 800/3 nine-car sets that are being converted by Hitachi Rail Italy from the original order of Class 801/2 sets. These will then be joined on the London to Devon and Cornwall services by thirty-six AT300 (Class 802) five-car sets, separately financed by GWR through Eversholt Rail and again manufactured by Hitachi Rail Italy at its Pistoia manufacturing facility.

Cleared to enter revenue earning passenger service on October 11, 2017, the five-car Class 800/0 has a seating capacity of forty five in First Class, with 270 in Standard Class and is made up from a standard driving car, two standard motor carriages, a composite motor carriage and a First Class driving car. Running as both five-car and nine-car sets, trains can be extended up to a maximum of twelve cars, with a maximum total multiple length of 312 metres, although it is expected that five, nine and ten car sets will be the usual diagrams.

In a naming ceremony at Paddington Station on January 10, 2018, the daughter of author Michael Bond named the driving cars of Class 800/0 five-car set no. 800 010 after her father and his creation, Paddington Bear. Micheal Bond’s first Paddington Bear book was released on October 13, 1956 and has proved to be an iconic and loveable literary character over the subsequent sixty years, as well as sharing a name with the GWR’s London terminus. In addition to the names carried on the two power cars, the original illustrator of the Paddington book, Peggy Fortnum, has provided images of Paddington that adorn not just the power cars, but the doors of the coaches as well, making set 800 010 truly unique in the GWR IET fleet.