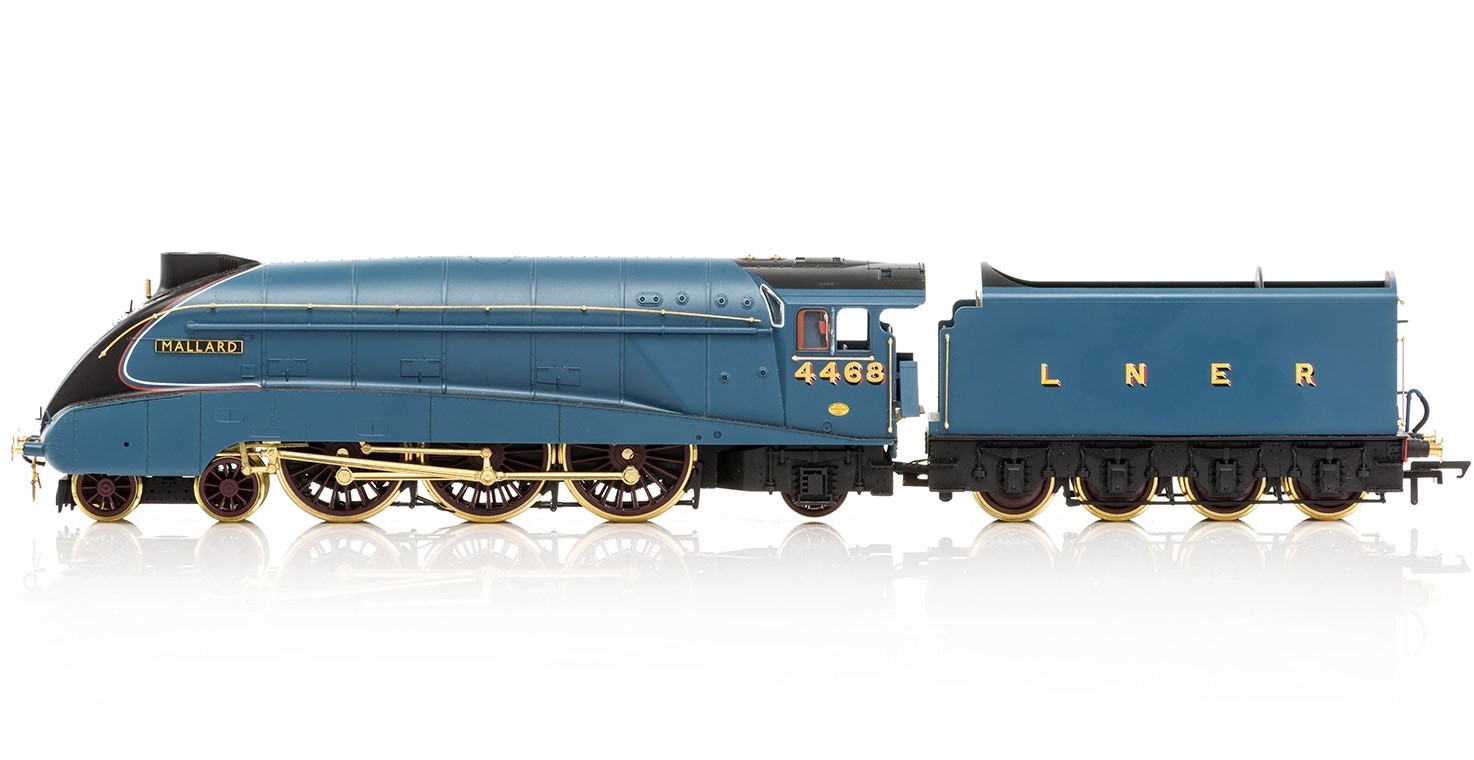 In 1937, the rivalry between the East Coast and West Coast rail routes to Scotland had reached an intensity not seen since the events of the 1895 ‘Race to the North’. Both the LMS and LNER were running Pacific locomotives of outstanding quality, with Stanier’s Princess Coronations being pitched against Gresley’s A4 Class; a battle between the streamliners.

The LNER had the edge in speed, due to lighter trains and more sympathetic topography, but the LMS stunned their rivals when, on a press run preparatory to the introduction of the ‘Coronation Scot’ service on June 29, 1937, the newly built 6220 Coronation achieved a British steam speed record of 114mph on the descent of Madeley Bank, near Crewe.

Those who knew Sir Nigel Gresley well, knew that he would not be prepared to accept this situation and a covert plan to regain the record for the LNER was planned. Under the cover of a vacuum brake valve approval trial, a date was set for the LNER to reclaim the British steam speed record and, if all went well, to reclaim the world steam speed record from Germany's streamlined 4-6-4 Hudson 05 002, that had set a speed of 124½ mph. On Sunday, July 3rd, 1938, Gresley put his plan into operation.

The four month old A4 Pacific, 4468 Mallard, with its regular, highly experienced crew of driver Joe Duddington and fireman Thomas Bray, replaced the normal Kings Cross locomotive and the LNER’s Dynamometer Car was surreptitiously inserted into the train, with Gresley’s personal assistant, Bernard Adkinson and the LNER’s Test Inspector Dennis Carling onboard. Joining Duddington and Bray on the footplate for the run was Liverpool Street’s Inspector, Sam Jenkins.

At 16:15, the train left Barkston South Junction and once beyond Stoke Tunnel, at Stoke summit, Mallard was running at 74½ mph. Within six miles, the British record was back with the LNER, the train running at 116mph and by the time the train reached Milepost 92¼, it was running at over 122¼ mph and the world record was a distinct possibility. At milepost 90¼, just before Essendine on the 1-in-240 gradient, the Dynamometer Car’s measuring equipment recorded a blip of acceleration over a distance of just 60 yards in a 305 yard section where the speed was recorded at 125mph. For just one second, Mallard had hit 126mph and the world steam speed record was back with a British locomotive.

Please note, due to the popularity of this item a maximum of two per customer may be ordered.