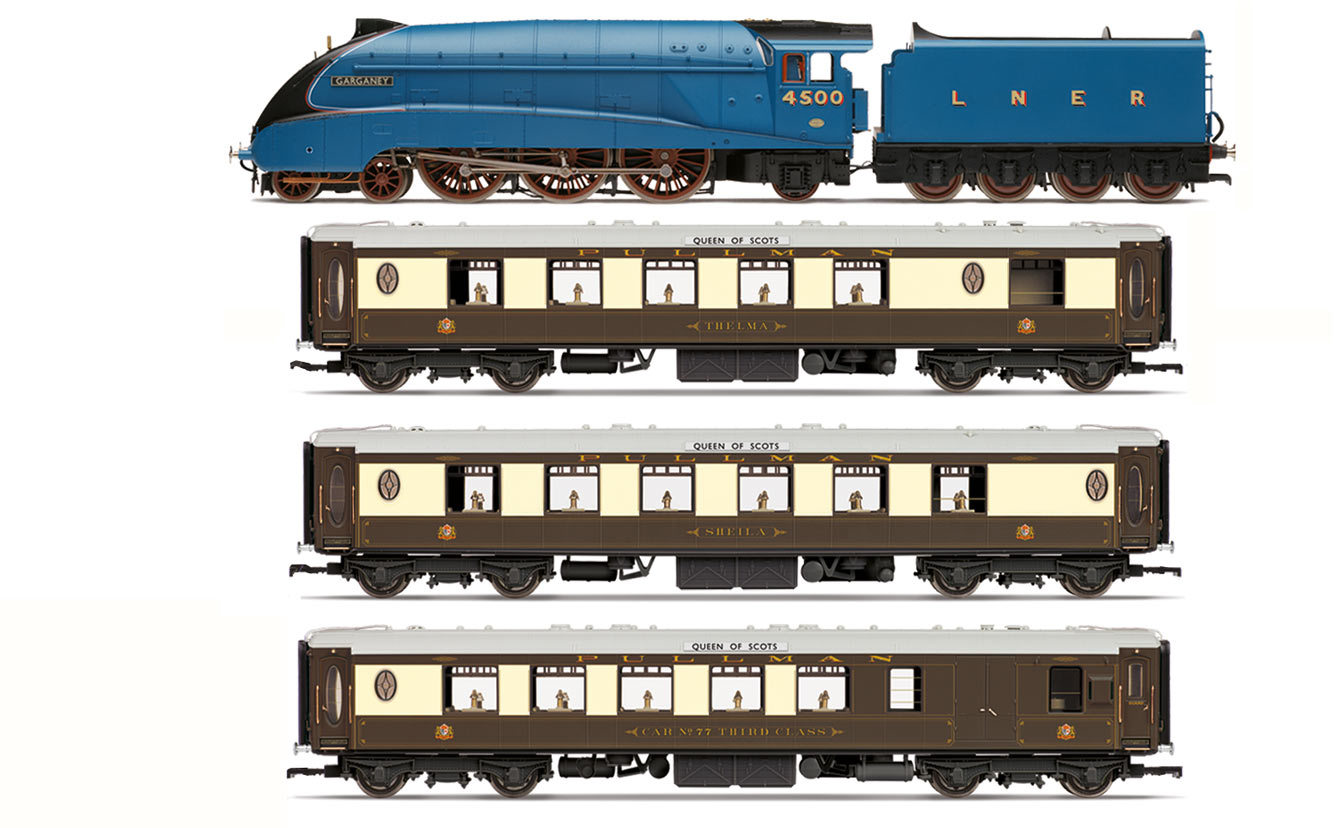 The "Queen of Scots" service commenced in 1928, but its development can be traced back to Grouping, in 1923, when the fledgling LNER acquired a number of Great Eastern Pullmans. Instead of allocating them on a piecemeal basis, as the GER had done, the LNER's management decided to open up a new luxury service to Newcastle, via Leeds and Harrogate.

The Harrogate Pullman was a success and the route was extended to Edinburgh, running non-stop from Kings Cross to Harrogate from the autumn of 1925. From May 1, 1928, when two new 8 car, all-steel Pullman K type sets were introduced for a route extension to Glasgow and the "Queen of Scots" service commenced Hauled initially by the Ivatt Atlantics, by 1935 the 400 ton, ten car train necessitated the use of A1, A3 and A4 locomotives and even Gresley's W1 design was allocated at times.

At Leeds, two cars were detached from the service, leaving eight to continue on the journey. This train pack recreates the service in the second half of the 1930s, with Gresley's 'A4' 4-6-2 4500 Garganey in LNER garter blue, which will be accompanied by all-steel K-Type Brake Third 'No. 77', Kitchen First 'Thelma' and Parlour First 'Sheila'. Roofboards will be fitted to each carriage and a headboard for the 'A4' will be included as a separate fitting to complete the model.