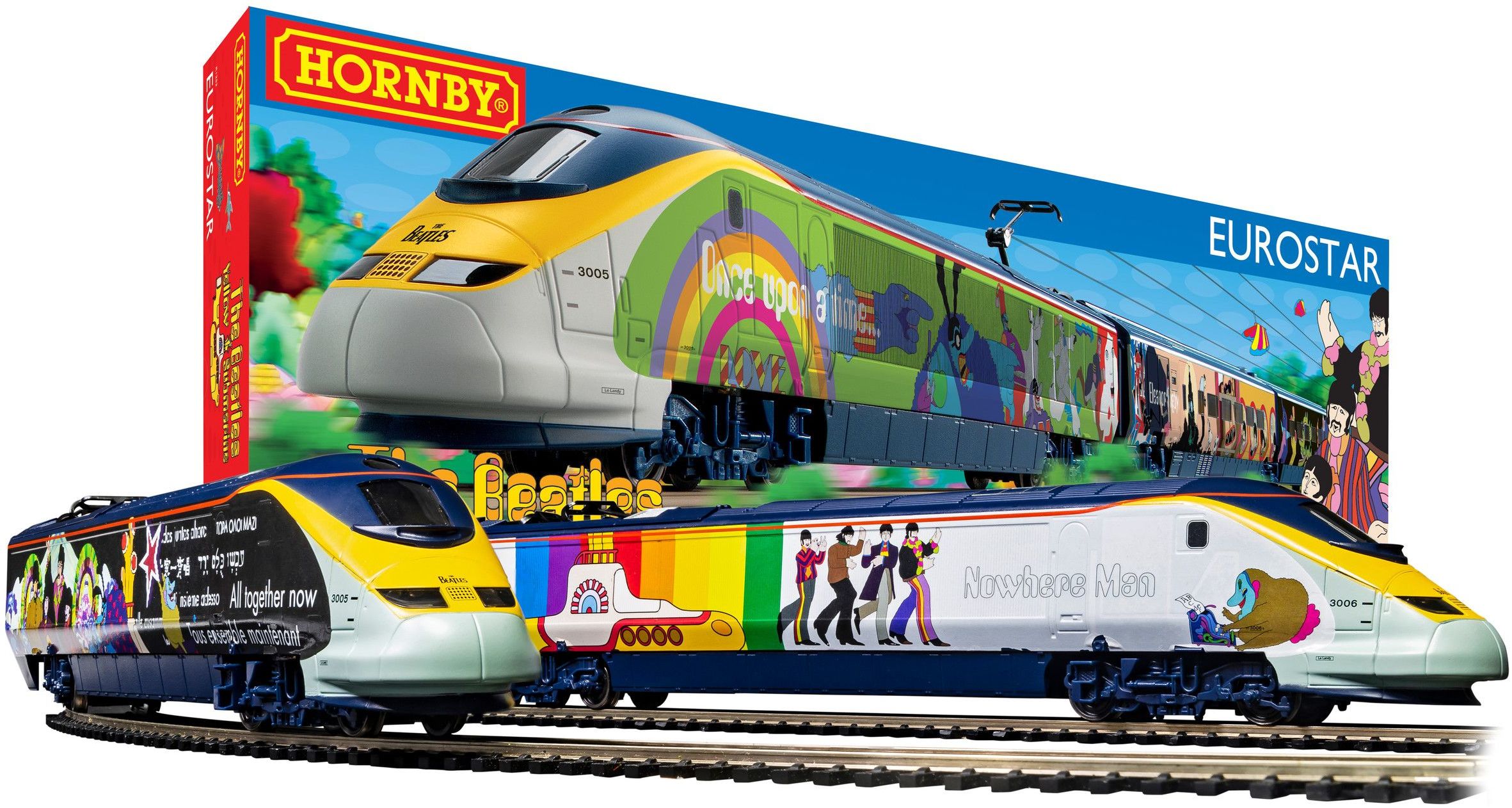 Eurostar's first use of the Class 373 for an external agency marketing campaign took place in September 1999 when the Sets 3005/3006 were transformed with a vinyl wrap that recreated scenes from The Beatles' film 'Yellow Submarine'. This was just one of the promotional events that marked the release of the remixed music track that Autumn.

Along with the remastered version of the film that was released in cinemas and on video, the film which had not been available for over a decade included scenes that were edited out of the original, while the album featured new mixes of songs, such as 'With A Little Help From My Friends' and 'Lucy In The Sky With Diamonds', the first such time a Beatles album had ever been remixed.

Our Hornby train set celebrates all that we love about the Beatles and you get everything you need in the box to run this Eurostar around the track. If you have ever thought about having your own layout then this is the perfect set to start your enjoyment of the hobby.

What's in the box?

This Hornby Train Set is based on a Railroad specification. Railroad models are carefully designed to be less easily damaged yet maintaining attractive detailing and accurate liveries.

More details about our Railroad range can be found here: Railroad (hornby.com)