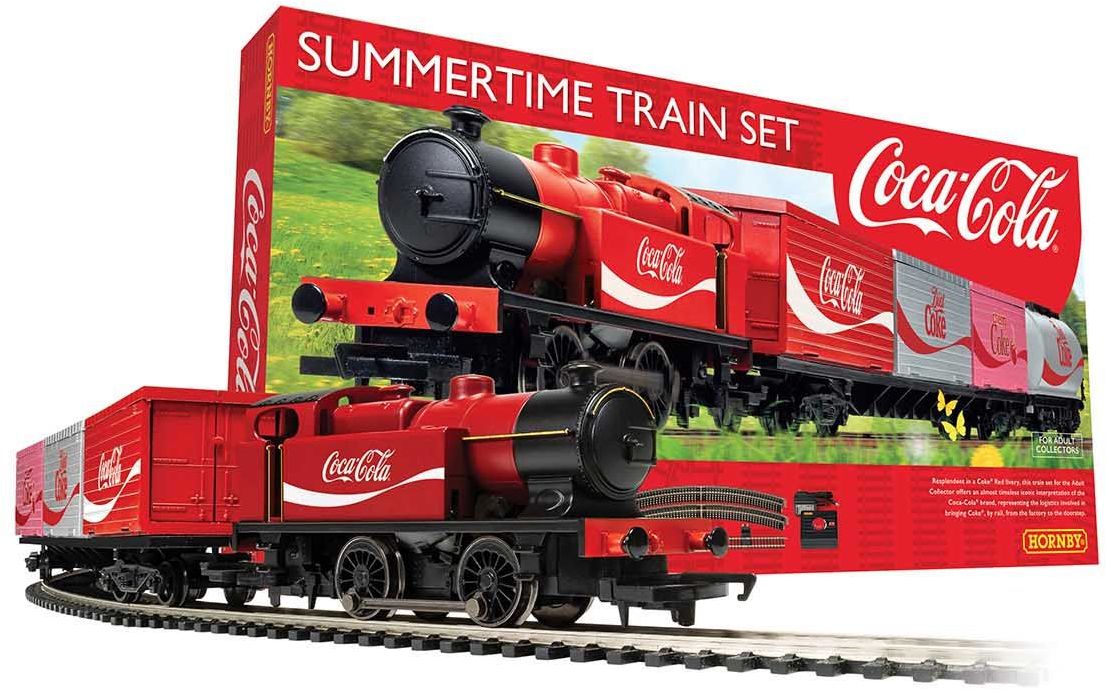 Fictitious Livery - Prototype eras are merely an indication of when this item may have run, if it really existed!

Resplendent in a Coke Red livery, this officially licensed train set for the adult collector offers an almost timeless iconic interpretation of the Coca-Cola brand, representing the logistics involved in bringing Coke, by rail, from the factory to the doorstep. This set has an ideal starter layout included and offers the model railway enthusiast a brilliant and unique train set with a locomotive & wagons featuring the distinctive Coca-Cola design.