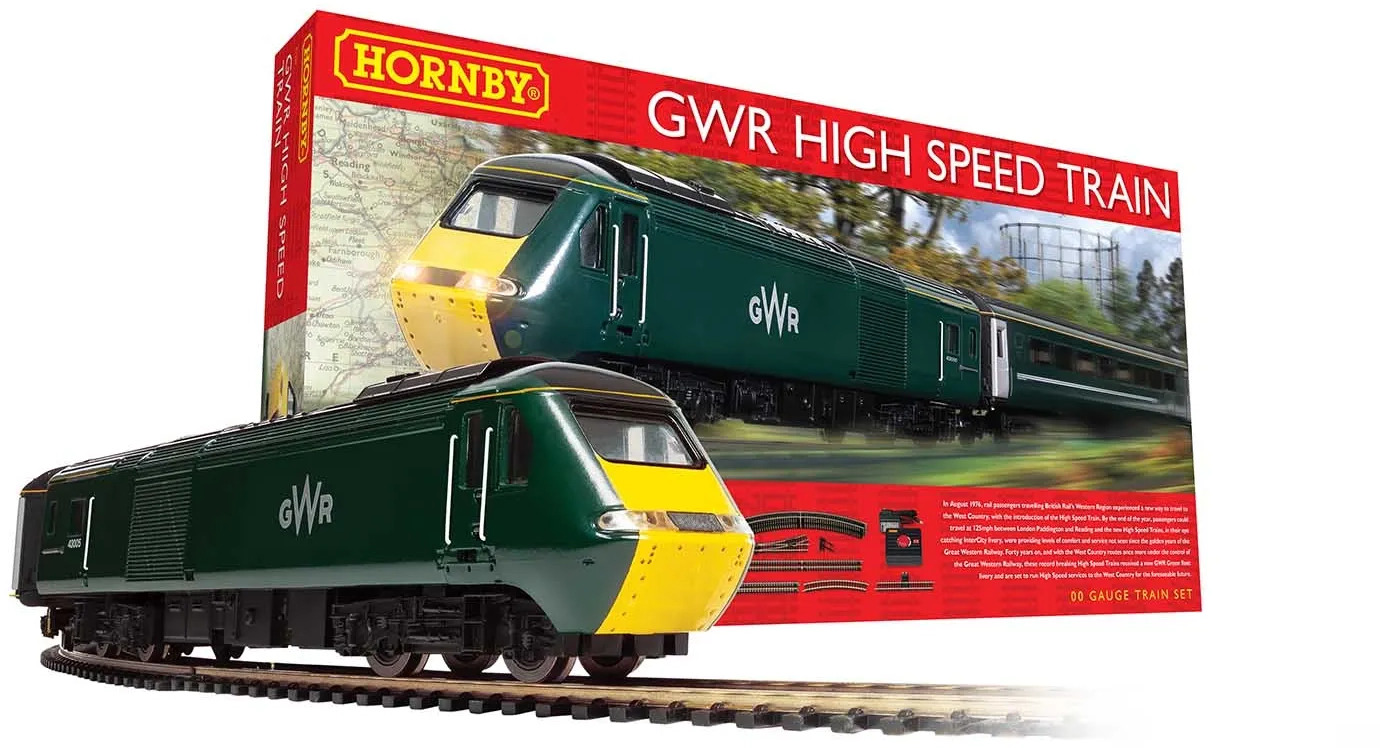 In August 1976, rail passengers travelling British Rail's Western Region experienced a new way to travel to the West Country, with the introduction of the High-Speed Train. By the end of the year, passengers could travel at 125mph between London Paddington and Reading. The new High Speed Trains, in their eye catching InterCity livery, were providing levels of comfort and service not seen since the golden years of the Great Western Railway. Forty years on, and with the West Country routes once more under the control of the Great Western Railway, these record breaking High Speed Trains received a new GWR Green fleet livery and are set to run High Speed services to the West Country for the foreseeable future.
What's in the Box!?
Rolling Stock
GWR Class 43 HST Power Car
GWR Class 43 HST Dummy Power Car
GWR Mk3 TSO Coach