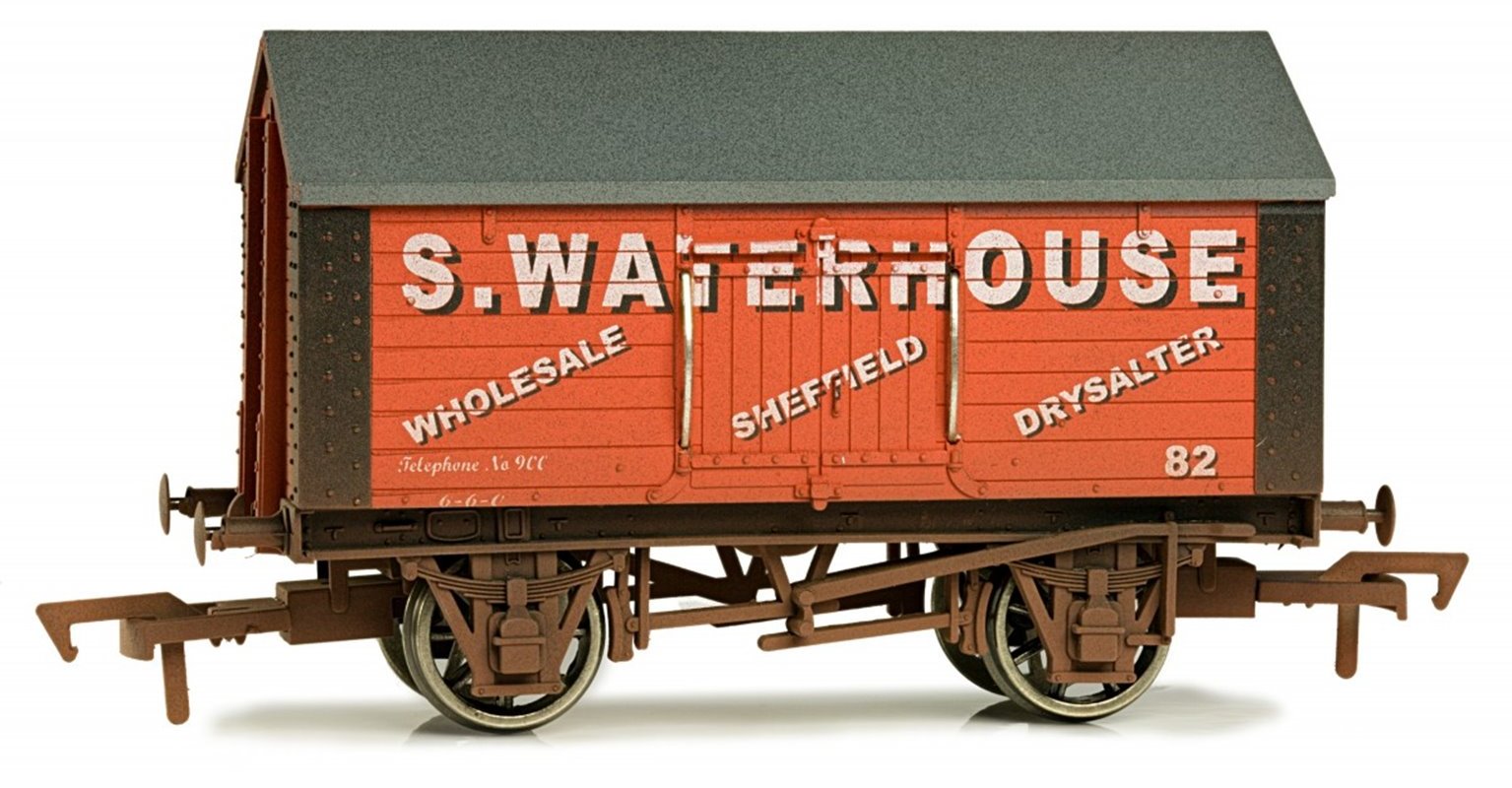 The efficient movement of salt was fundamental to the growth of Britain as an industrial nation. Salt was transported from the main mining areas in Cheshire, Lancashire, Yorkshire and the West Midlands in especially constructed salt vans. These were designed to keep the salt dry and had high sides, were heavily weatherproofed and generally had pitched roofs. Private owner wagons were common, often with elaborate designs advertising the brand. Salt wagons were used right up to the 1970’s and several survive into preservation.

The Dapol model of the salt van features: