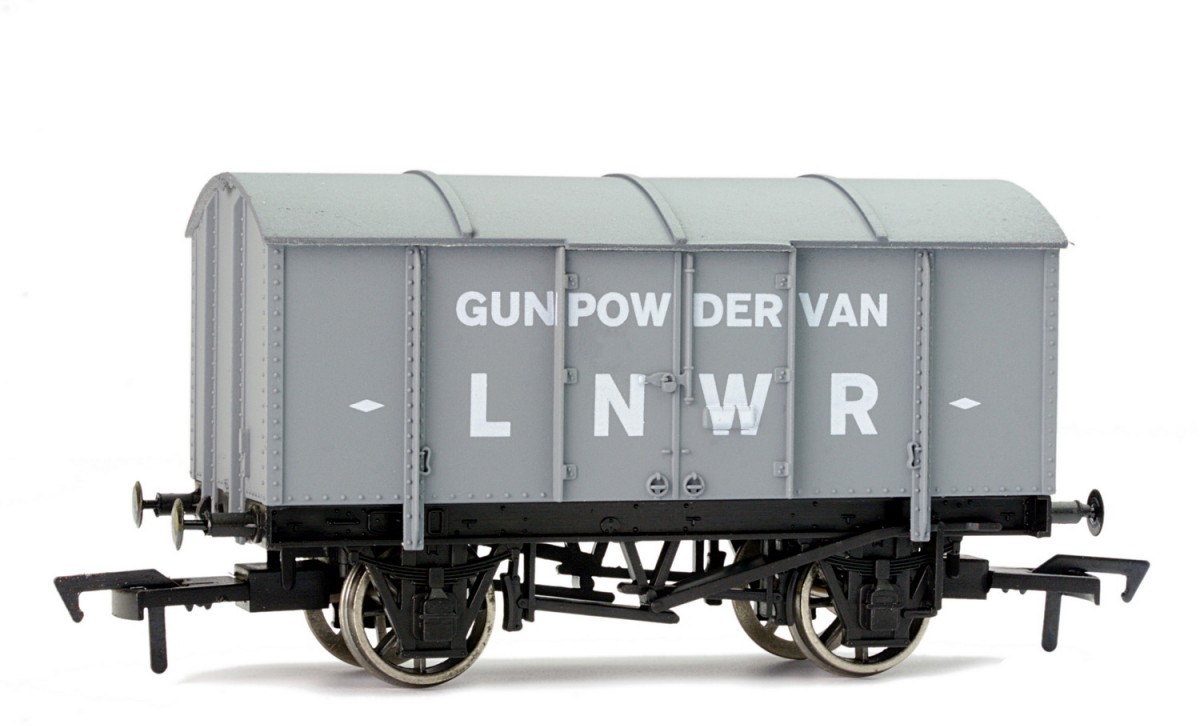 Gunpowder vans were especially constructed vans designed for the safer transport of gunpowder and other potentially explosive substances. In the 1920??s the RCH laid down rules and standards governing the running and construction of these vans and these rules were enforced relatively unchanged until the early 1980??s when gunpowder vans were decommissioned. The vans were often painted in distinguishing colours or with crosses to identify the wagons and the potential dangers.

'?? NEM pockets with self centring couplings