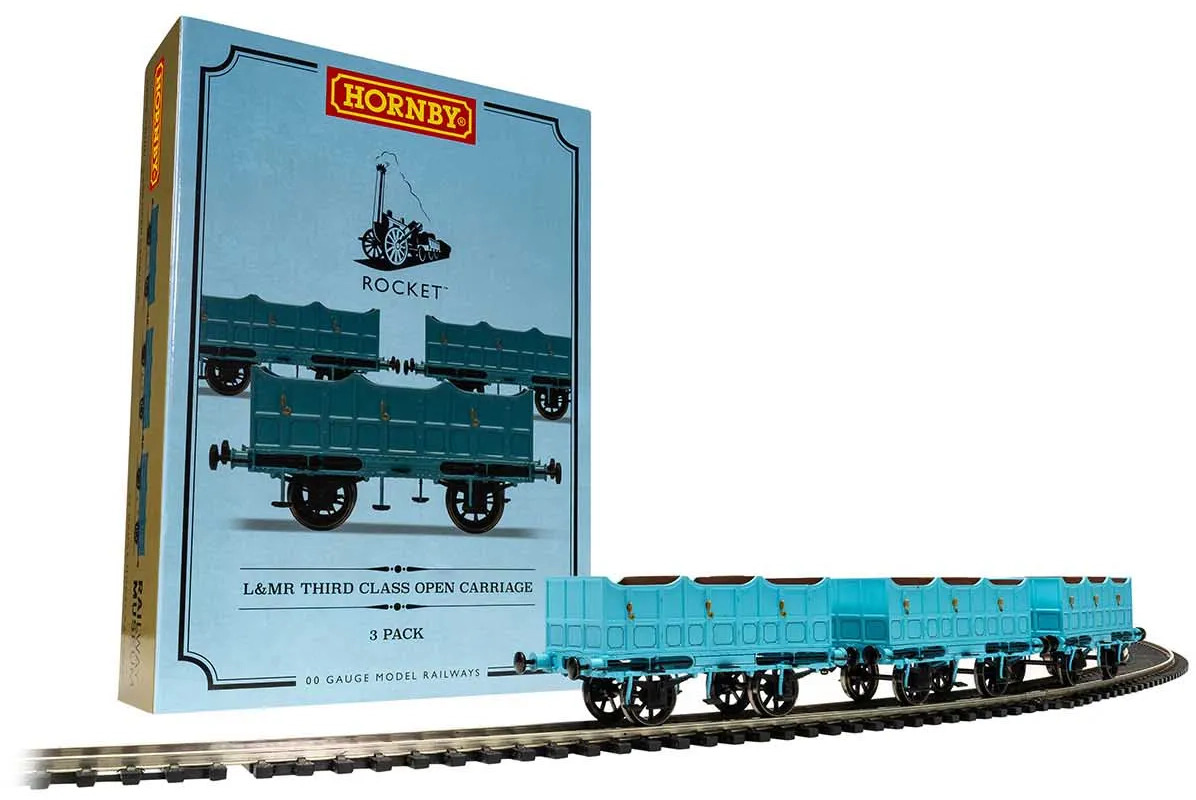 Having established the concepts of first and second class rail travel, it was only a matter of time before railway companies created a lower fare 'third class' for the carriage of the working classes, especially in the densely populated industrial areas. Companies such as the Manchester, Bolton & Bury Railway, the Manchester and Leeds Railway and the Sheffield, Ashton-under-Lyne & Manchester Railway all used open third class carriages, mostly for standing passengers, but sometimes fitted with a rudimentary bench (or benches).

The L&MR considered the possibility of creating a third class as early as 1839, due largely to market pressure from the MB&BR and M&LR, but the directors were afraid that, with its lower fares, it would draw passengers away from the first and second class trains. The introduction of third class travel on the L&MR dates to April 1844, when the Board ordered new enclosed second class coaches to replace the older 'blue boxes', which were then downgraded to third class.

The first of the L&MR third class train services ran in October 1844, departing from Manchester at 06:30 and from Liverpool at 18:30.