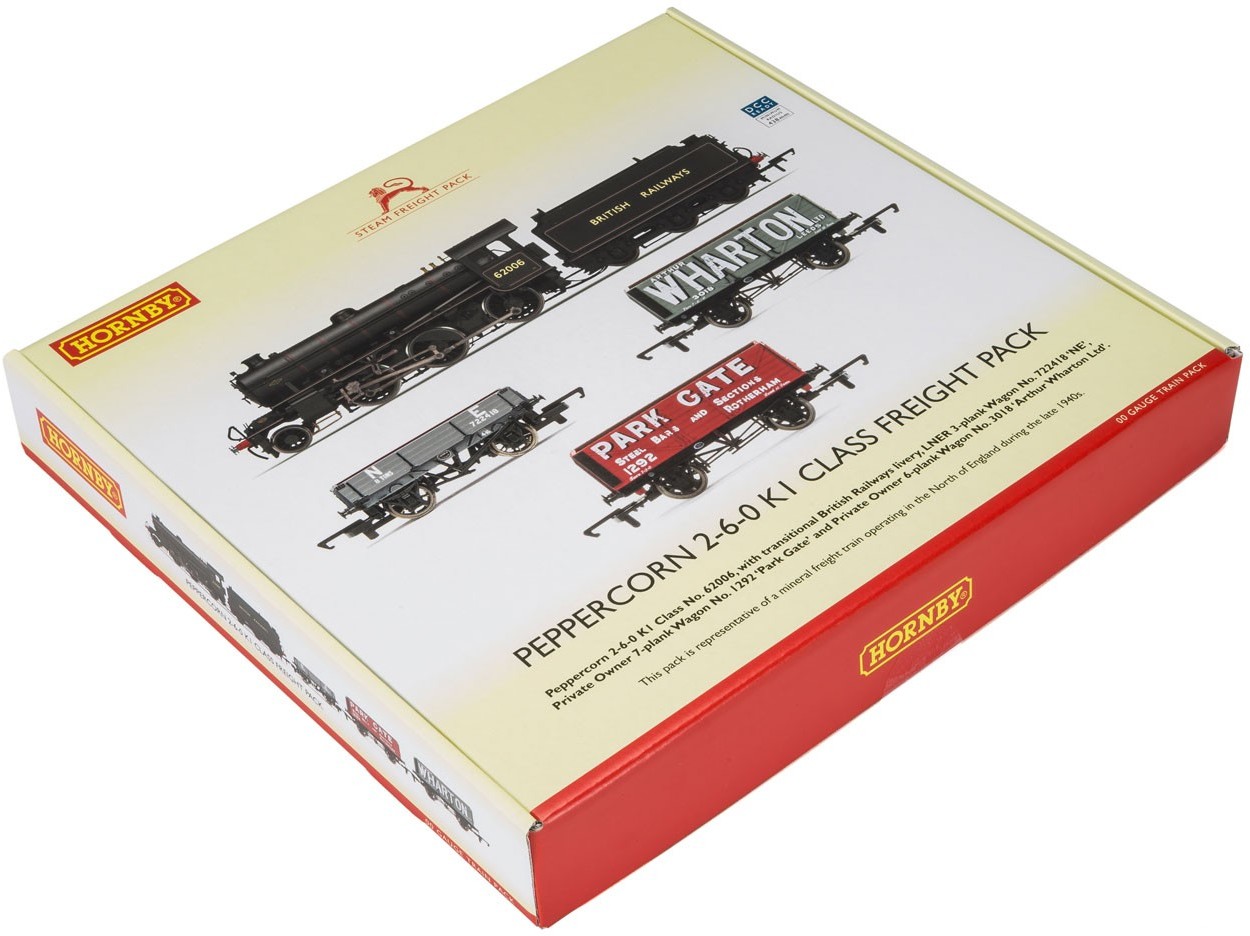 This pack is representative of a mineral freight train operating in the North of England during the late 1940s. Locomotive 62006 entered traffic, allocated to Darlington Shed, on June 15, 1949, from where the engine spent nearly five years operating. Moving to Blaydon Shed on January 31, 1954, 62006 spent its working life in the North-East, spending time allocated to Gateshead from May 6, 1952, Heaton from September 23rd that year and Alnmouth from November 4th. A final spell at Sunderland Shed from June 19, 1966 preceded 62006’s withdrawal from service on September 4th that year, being sold for scrap to Hughes, Bolckow, Blyth during December 1966.

During the period 1898 - 1948, privately owned rolling stock amounted to around 500,000 wagons; about half the total of all the wagons registered during that period. At the start of the Second World War, all Private Owner wagons were taken over by the Government and pooled, so they could be used anywhere on the rail network. Post-war, open wagons were not generally repainted, so their liveries deteriorated gradually. Even when painted over at Nationalisation in British Railways grey, weathering quickly resulted in the top coat fading back so that the original livery could still be seen through the peeling paint.