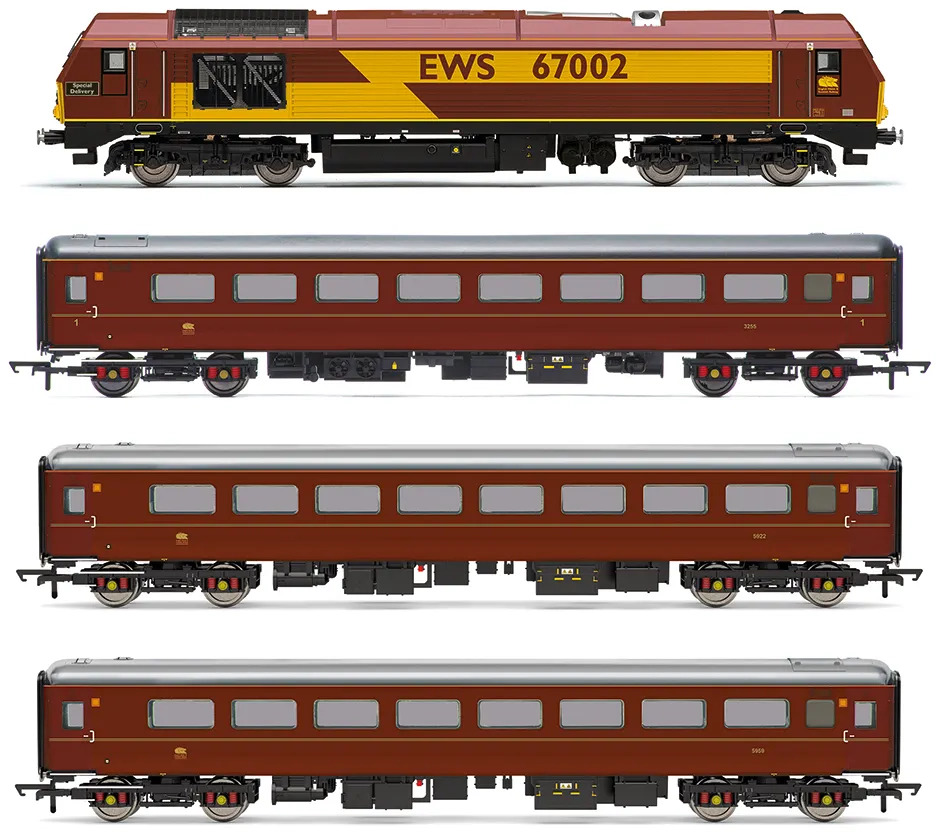 The idea of the managers train, business train or inspection saloon is far from a new one, the first examples being employed by some of the earliest of the pre-grouping railway companies. In the modern era EWS' management train is a version of this rather old fashioned idea.

Or much of the modern era, EWS has operated a push-pull managers train and a 'business train'. This business train, despite its name, rarely operated as a single train with sets of coaches often being employed on extra services around the country, an example being on services laid on during major UK based sporting events and such.

The business train utilised the then rather old Mk2 coaches in a special EWS maroon livery and would be found being hauled by all manner of EWS liveried traction, such as the Class 37 and, as in this pack, the class 67.