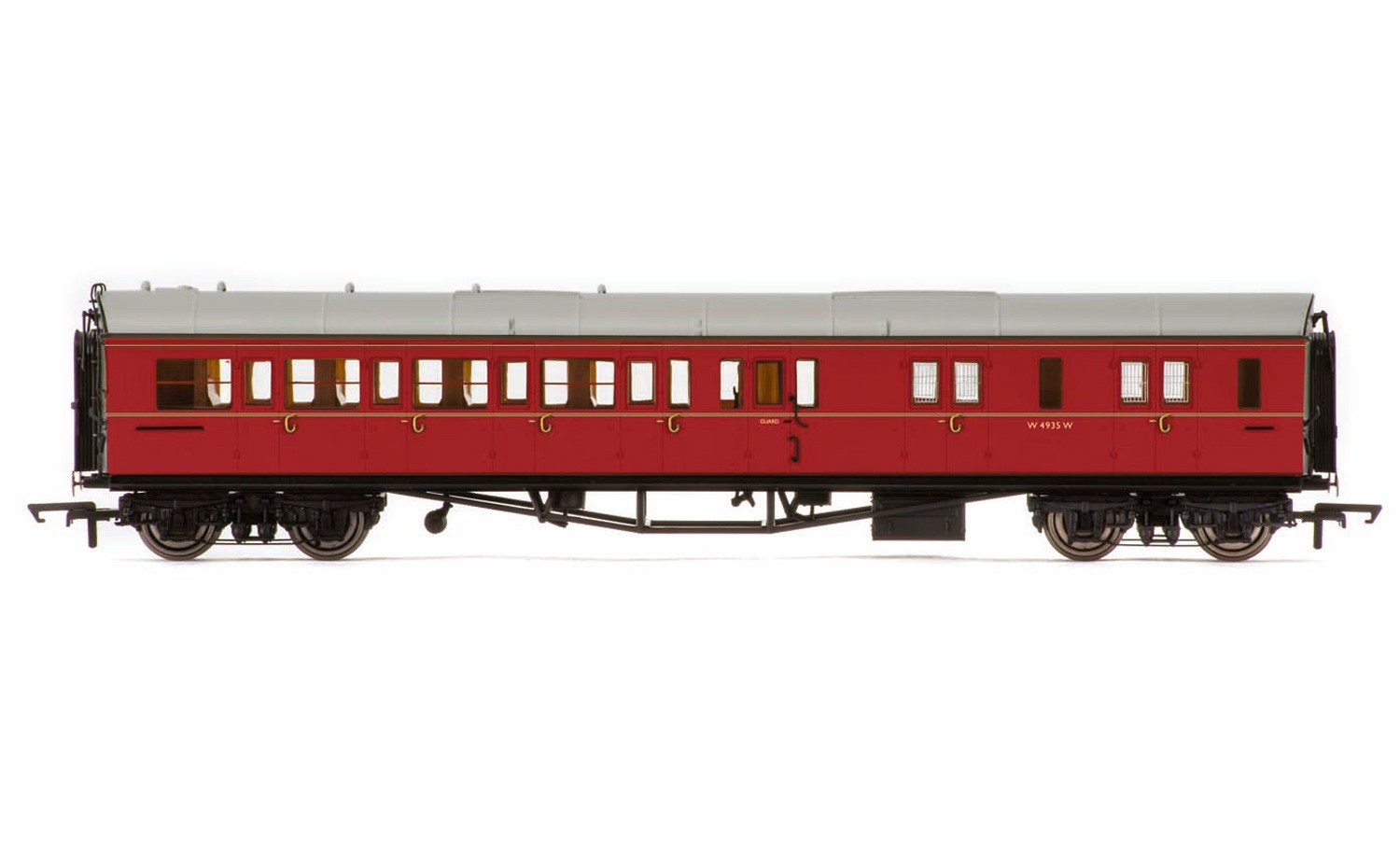 When Charles Collett became Chief Mechanical Officer of the Great Western Railway in 1922, one of his priorities was to modernise the GWR’s fleet of ageing, yet distinctive ‘Toplight’ coaching stock. His resulting ‘bow-ended’ design went on to become the basic GWR design for almost 30 years and from 1925, until the late summer of 1929, the steel panelled, oak framed bow-ended coach, with inset windows, high waist and clean exterior, was applied to 57’ coach bodies on newly developed 7’ single bolster bogies.