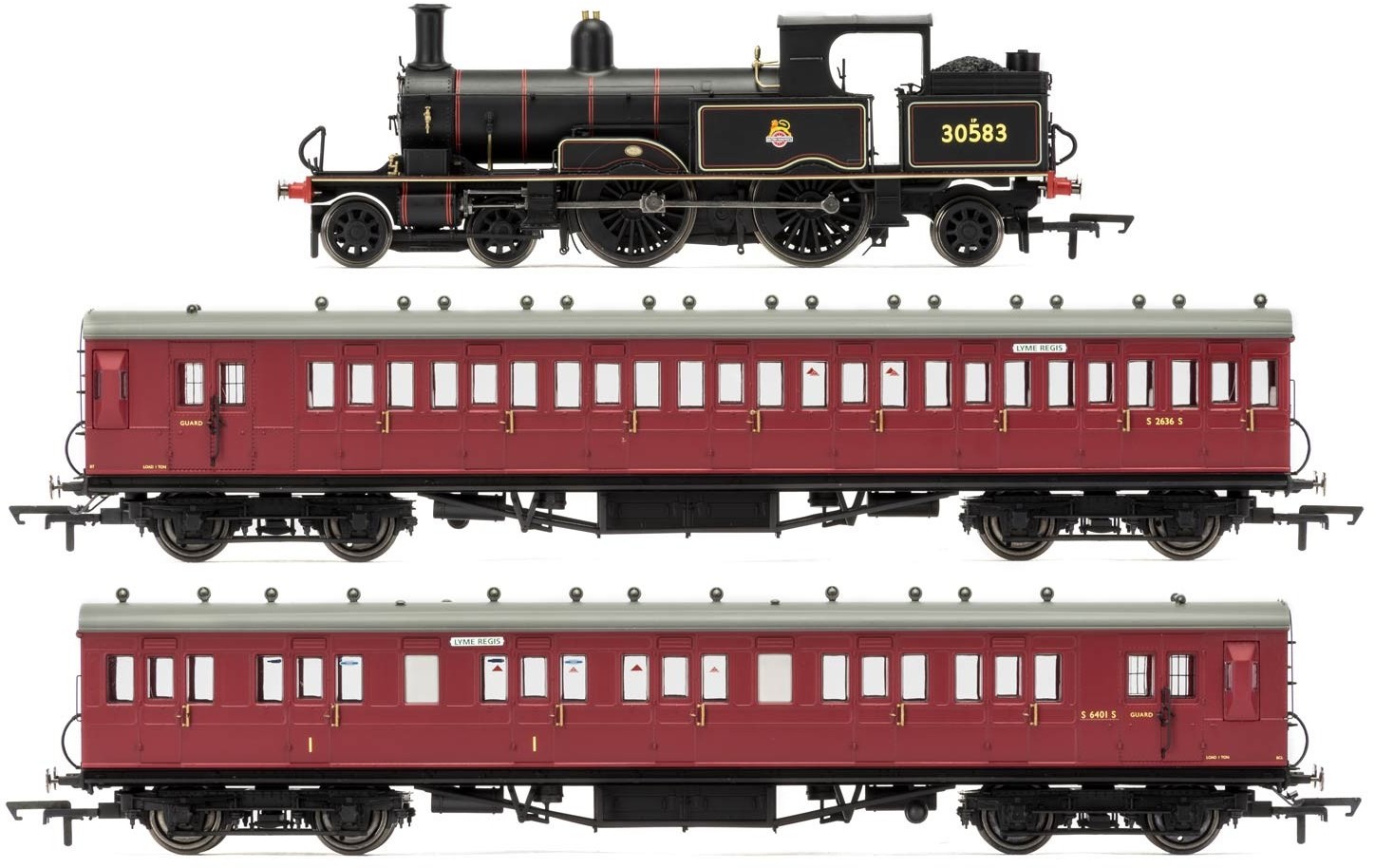 Situated on the border between Dorset and Devon, the 6¾ mile Lyme Regis Branch line connected the coastal town of Lyme Regis, in Dorset, with the London-Exeter main line at Axminster, in Devon.

Running through wonderful countryside and across the substantial ten-arched Cannington viaduct, the London & South Western Railway line was opened on August 24, 1903 and stayed in operation until November 29, 1965, when it closed to traffic. On opening, six return journeys operated on weekdays, soon increasing to eight under the L&SWR and by summer 1938, this had increased again to eleven trips. During British Rail operation the normal service steadied at ten trips daily, until 1951 when it dropped to nine, whilst Sunday services were irregular, varying between six to eleven trips during the summer timetable.

The line, with its tight curves and gradients, became synonymous with the operation of three LSWR 415 locomotives, the Adams Radials, which were the mainstay of the motive power on the route for over 30 years.

Thinking of fitting a decoder? View our how to guide.