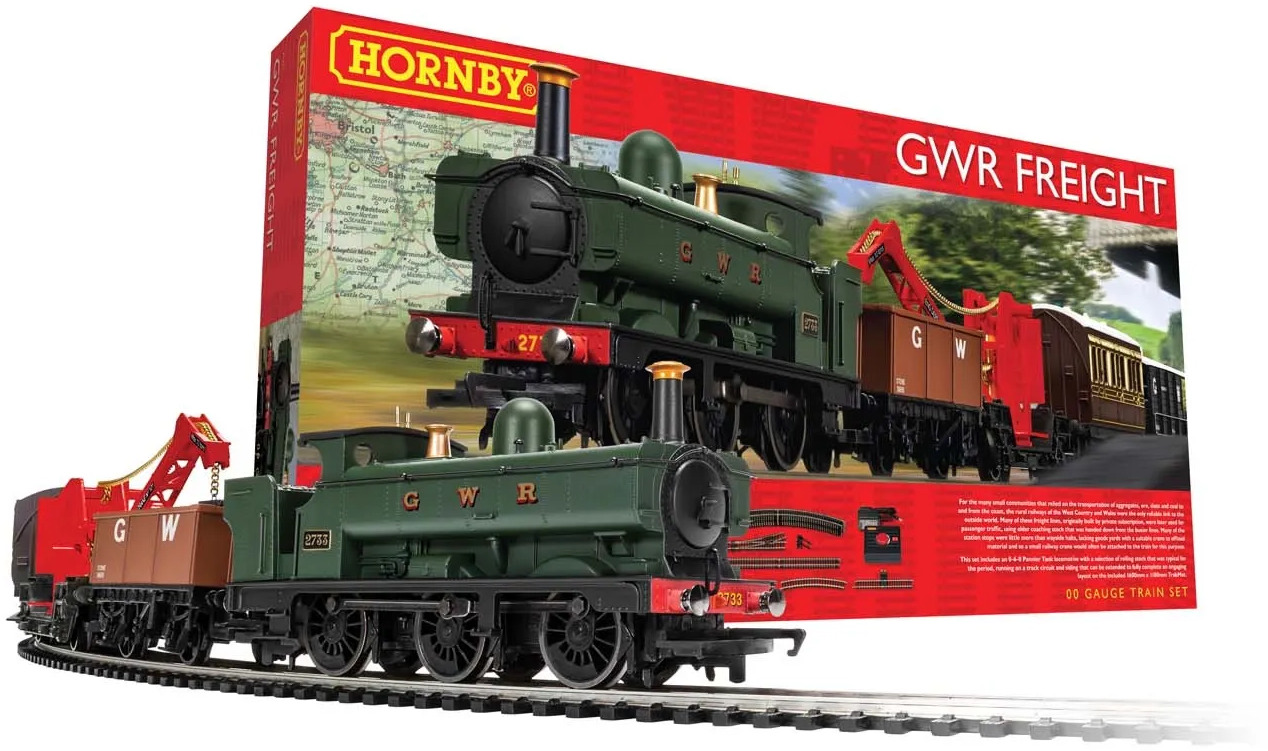 For the many small communities that relied on the transportation of aggregates, ore, slate and coal to and from the coast, the rural railways of the West Country and Wales were the only reliable link to the outside world. Many of these freight lines, originally built by private subscription, were later used for passenger traffic, using older coaching stock that was handed down from the busier lines. Many of the station stops were little more than wayside halts, lacking goods yards with a suitable crane to offload material and so a small railway crane would often be attached to the train for this purpose.

This set includes an 0-6-0 Pannier Tank locomotive with a selection of rolling stock that was typical for the period, running on a track circuit and siding that can be extended to fully complete an engaging layout on the included 1600mm x 1180mm TrakMat.