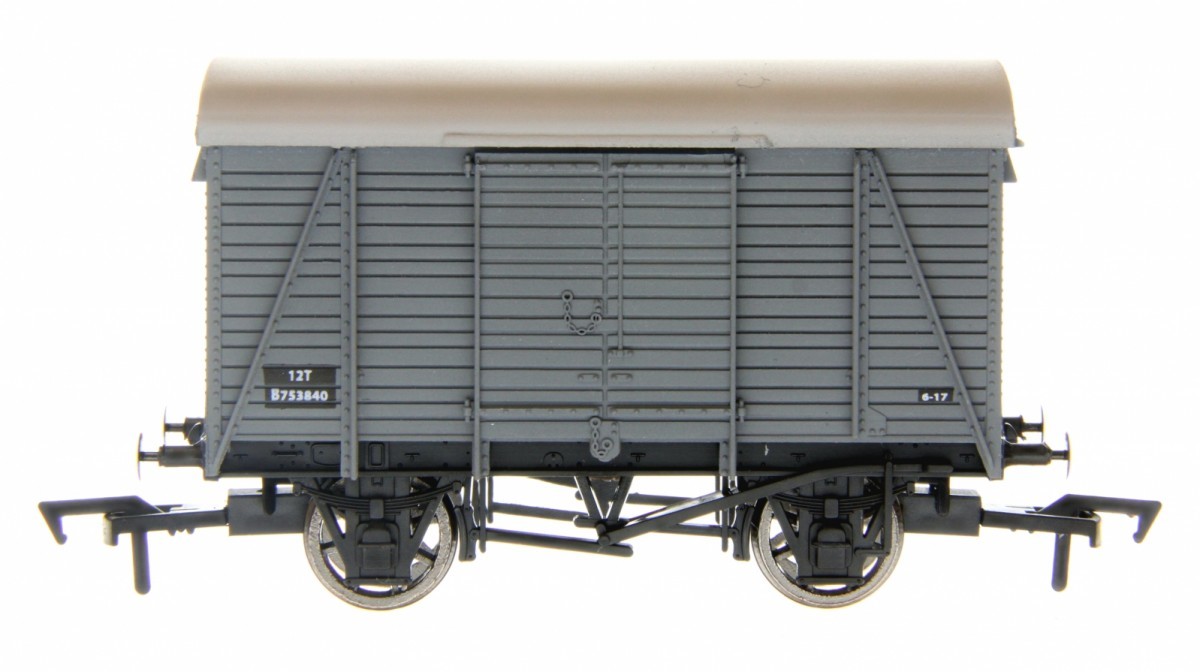 Box Vans were the workhorses of the early freight industry moving general merchandise and perishable goods and thousands were built over several designs and over a large time period. The Southern Railway style box van as modelled by Dapol had distinctive vents and a wrap over roof profile. It was built at Ashford during the years of the World War II and vans were sold to other rail operators such as GWR and LMS. The wagon continued into service into the 1960’s under BR.