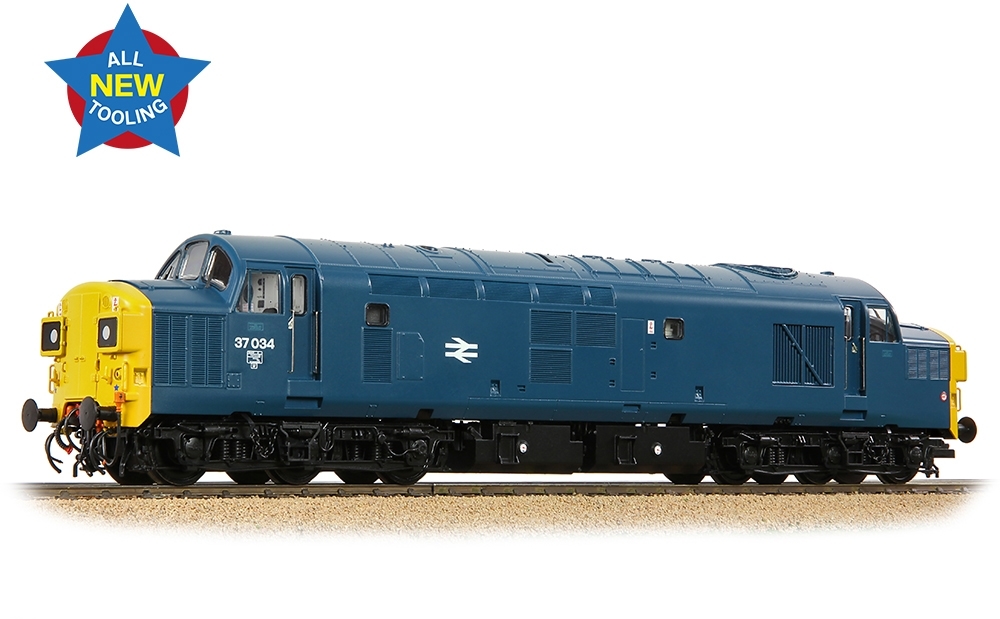 As part of our Autumn 2022 British Railway Announcements, we are delighted to present the stunning all-new Bachmann Branchline Class 37/0 with Split Headcodes as No. 37034 in BR Blue livery.