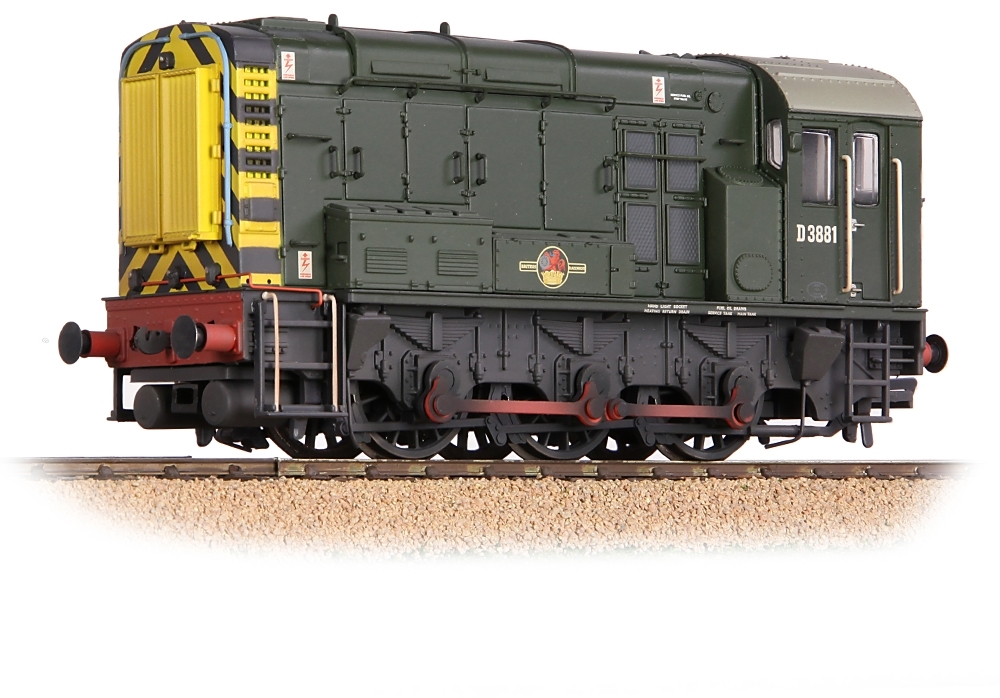 The ever popular Bachmann Branchline Class 08 Diesel Shunter is back for Summer 2022, carrying the iconic BR Green livery with Wasp Stripes and a weathered finish, our model depicts No. D3881.

The Class 08 was the most numerous of all diesel locomotive classes built by British Rail; first entering service in 1952, many examples can still be found in operation today. The Branchline model captures this ubiquitous prototype to a tee, with a highly detailed bodyshell made up of numerous components including separate handrails, lamp brackets and even windscreen wipers. Moving to the chassis and the characteristic outside frames are faithfully modelled, whilst a powerful five pole motor geared for shunting allows this fine Branchline model to take charge of even the most strenuous of tasks. The livery application includes the distinctive ‘wasp stripes’ on the bonnet and cab, whilst the red coupling rods are just visible beneath the grime – all part of the convincing weathered finish that is applied to this model. The livery is completed using authentic colours and prototypical typefaces and logos for a truly authentic finish.