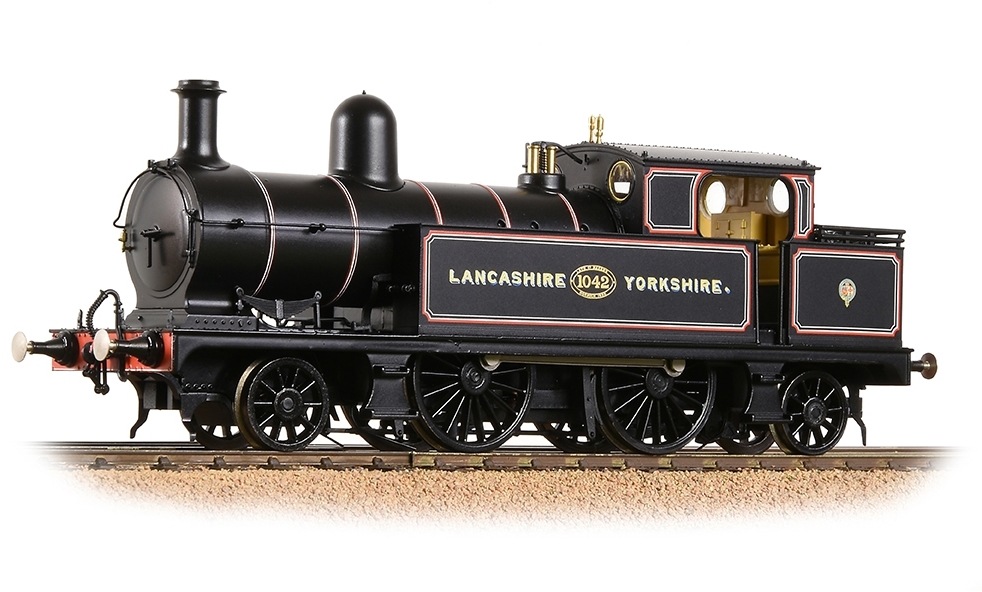 Built for: L&YR (absorbed by the LMS)

• Our model depicts the short-bunker variant

• Electrical pick-up from all axles

The Lancashire & Yorkshire Railway Class 5 was a class of steam engine designed by Sir John Aspinall. No. 1008 was the first locomotive to be completed at the company’s works in Horwich near Bolton and is the only British standard gauge 2-4-2 tank engine preserved.

Between 1889 and 1911, 330 locomotives of this design were produced by the L&YR for use with passenger trains over steeply graded tracks. The locomotives were fitted with a special type of water scoop (unusual in a tank engine), which operated in both directions and allowed them to pick up water from water troughs between the lines without stopping. The design was progressively enlarged throughout the construction period on the same 24ft 4ins total wheelbase to give the engines greater fuel and water capacity.