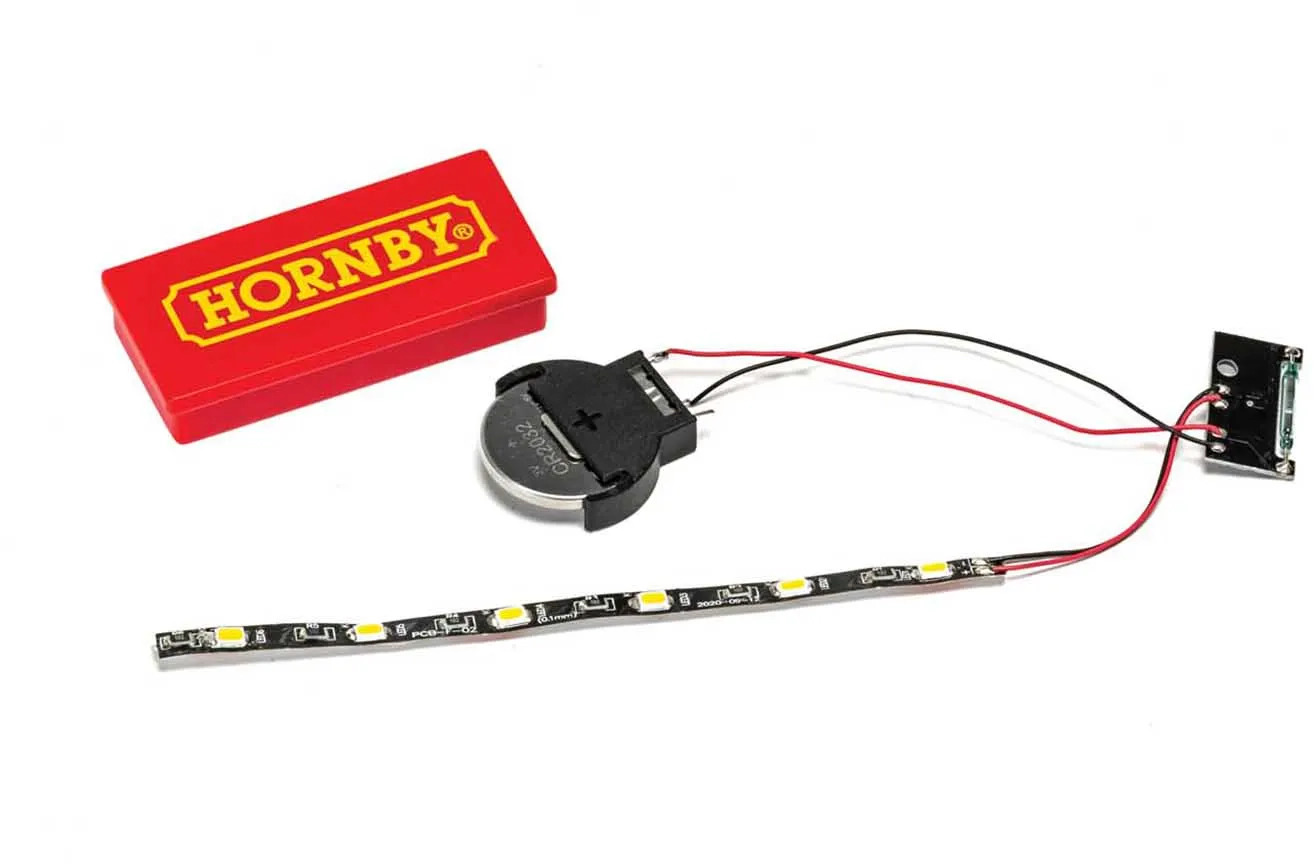 In many instances a coach fitted with lights has to rely mainly on collecting power from the track via a copper pick up strip pressing against at least one of the coach's axles. By its very nature such friction on the axle creates drag and therefore reduces the number of coaches that can be pulled behind a locomotive. For rakes of coaches being pulled by a large locomotive such as a Pacific this may not prove to be an issue but for a full rake of four and six wheel coaches being hauled, for example by a Terrier locomotive or something similar then traction issues may result but not if the coaches are fitted with Hornby's new Maglight system.

The Maglight system is a new development by Hornby that provides lighting in coaches with minimum fuss and no excessive drag because power is provided on board the coach and not by a tension pick up on the axle. The Maglight system consists of an LED strip, small button battery and a reed switch. Once installed the lights are switched on and off by just passing a 'magnet wand' over the coach roof. The small easily replaced button battery provides in excess of 200 hours of power making the Maglight system a simple but effective way of lighting coaches with the minimum of fuss.

The new system is already fitted to many of the new six and four wheel coaches but for those who wish to retro fit the Maglight the installation is both simple and very effective. Maglight also allows the modeler to be selective as to which coach lights are on or off and without the need to install expensive decoders, regardless of the power being supplied to the track.