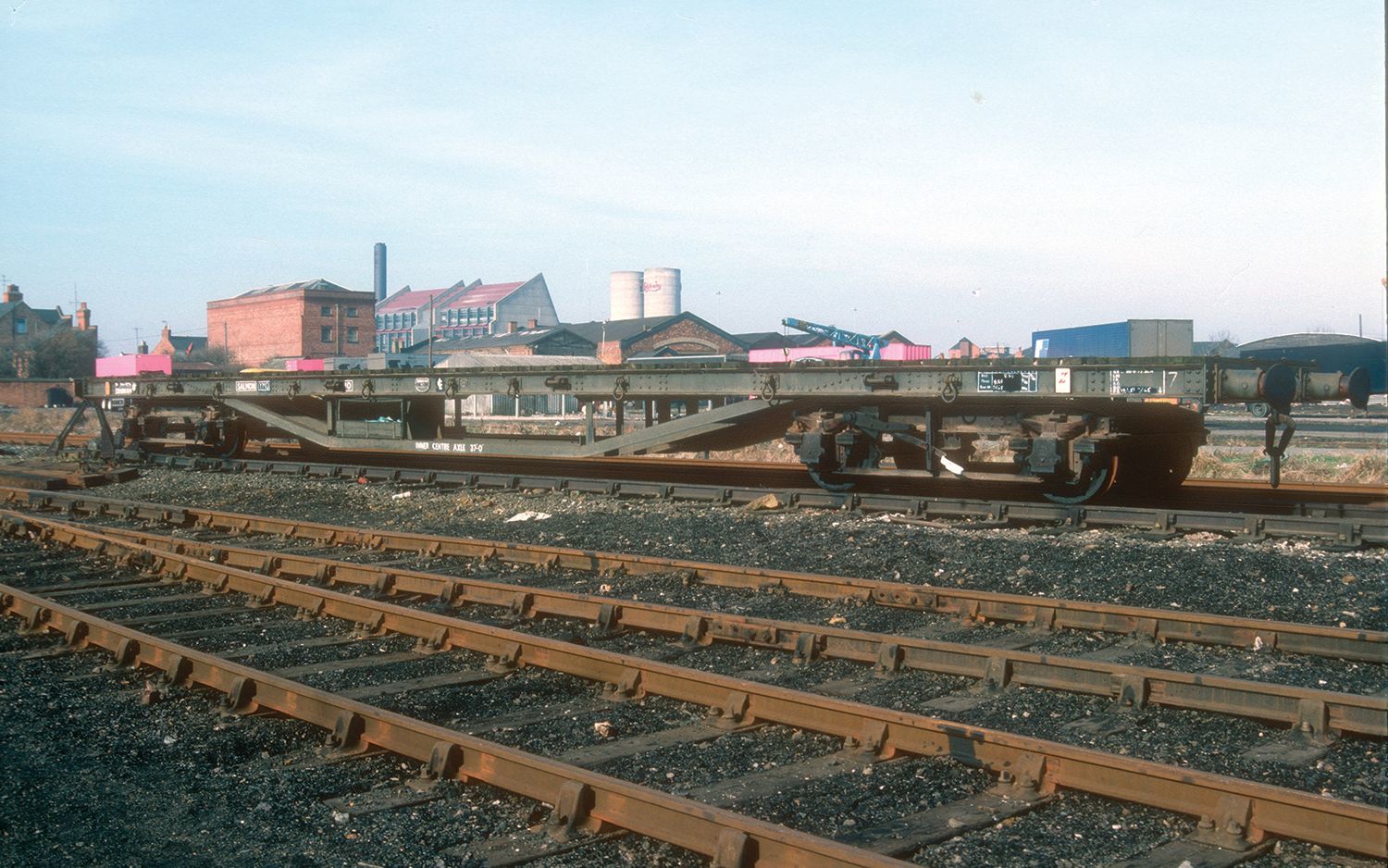 The 65 foot length of the wagon enabled them to easily carry standard 60 foot lengths of track and consists of up to ten of these wagons would be connected to enable the transportation of even longer lengths. Batches of these wagons, totalling 894 examples, would be constructed between 1949 and 1961 with a further batch built in 1983.

Almost all of these batches would see a rebuild at various points in time with items such as the bogies and bolster positions changing and the addition of rail cranes and end bolsters on some variants. Each different variant would receive a different TOPS code.

YMO Salmons were the first to be classified by BR. YMOs were unfitted as per the earlier LMS counterparts Many YMOs would see their bolsters removed entirely to enable the transportation of pre-built track panels.

The Hornby Salmon range is a new tooling for 2023 with almost all variants of the wagon catered for. Fitted with diecast chassis, these wagons have fantastic weight that rolls freely on metal wheels. Bolsters are included in the accessory bag can be fitted to represent the different ways these wagons would have appeared