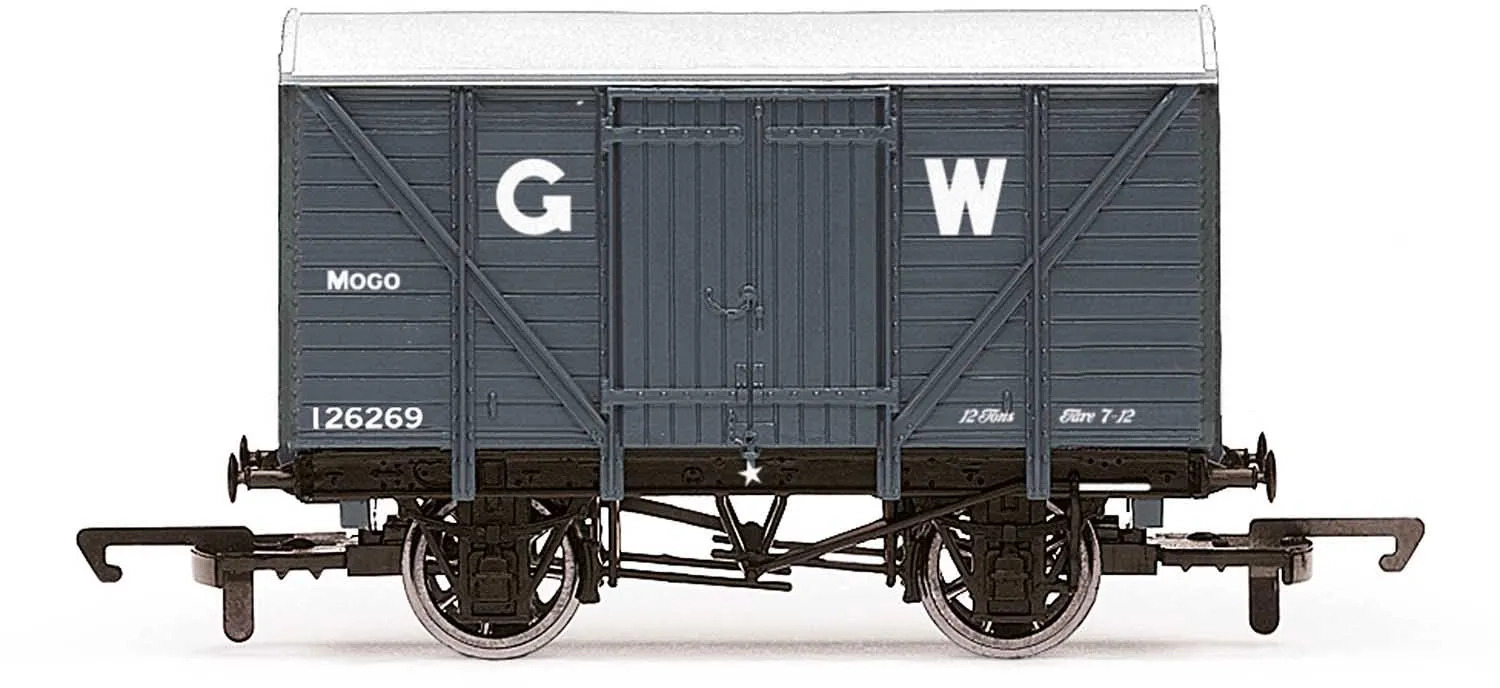 ‘Mogo’ vans were railway vans built by Great Western Railway (GWR) in-order to transport motor vehicles. Each van could only take a single vehicle which was loaded by driving through doors in the end of the van. The van additionally featured side doors so that it could be used to transport normal goods if not needed as a motor transporter. 350 wagons were built by GWR with the first appearing in 1933.