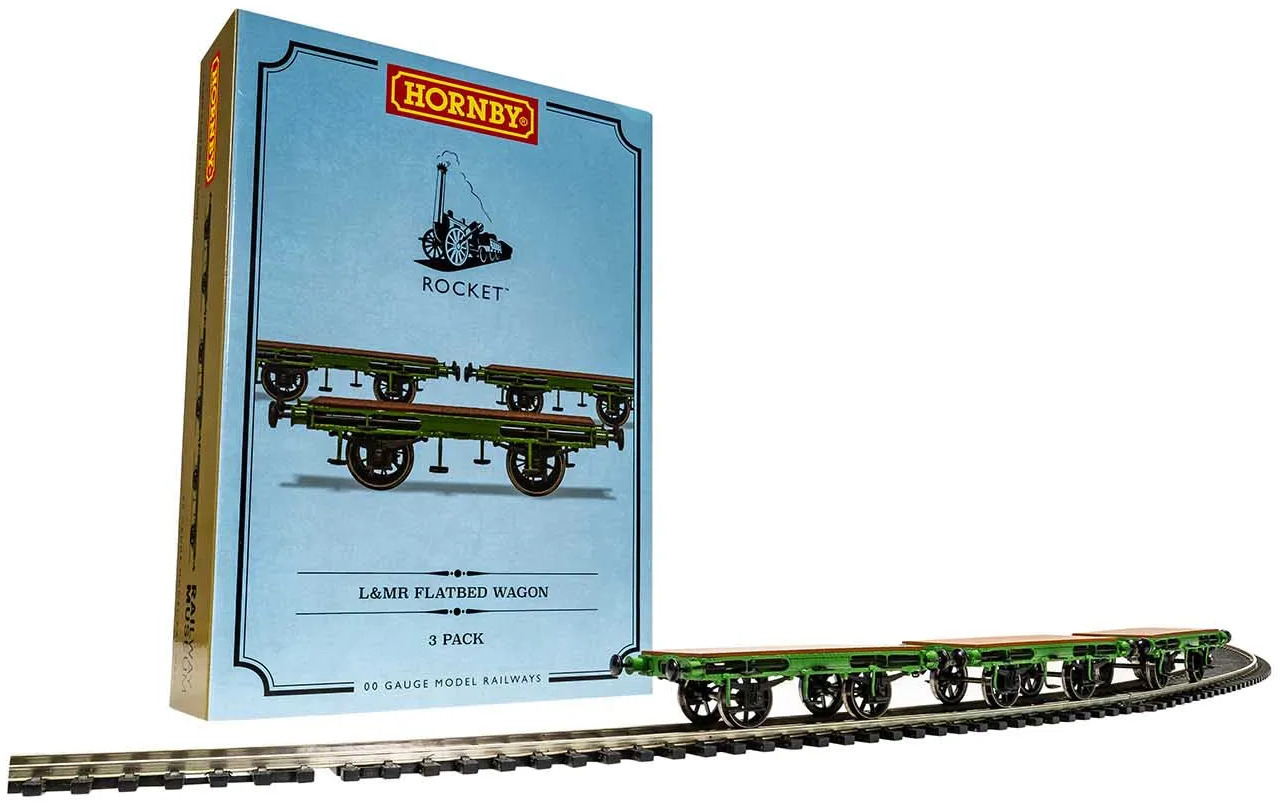 General goods vehicles, or 'Merchandise Waggons' of the later Stephenson period were simple four-wheeled platform vehicles with sprung 3' diameter wheels and were typically around 14' in length, 'with a superficial surface of platform area of seventy-five square feet' able to carry 'a considerable quantity of light goods' of 'about four tons weight.' By 1841 dumb-buffers and coupling chains were fitted and as the decade progressed, the length of the waggons shortened and the width increased, creating a greater load area.

The fitment of loose sides of around 2' in height allowed for the carriage of coal and loads were protected by canvas tarpaulins painted with the company initials to prevent their theft, with each waggon having its number, weight and gauge clearly marked in white paint on a black background. As travel time by railway was superior to that of road travel by coach, coach companies sought new ways to compete, leading to mail coaches and stagecoaches being loaded onto the 'open carriage waggons' for onward travel to places such as Liverpool or Manchester.

These connecting, or 'branch coaches' were to become the antecedent for the Branch Line railways of the future.