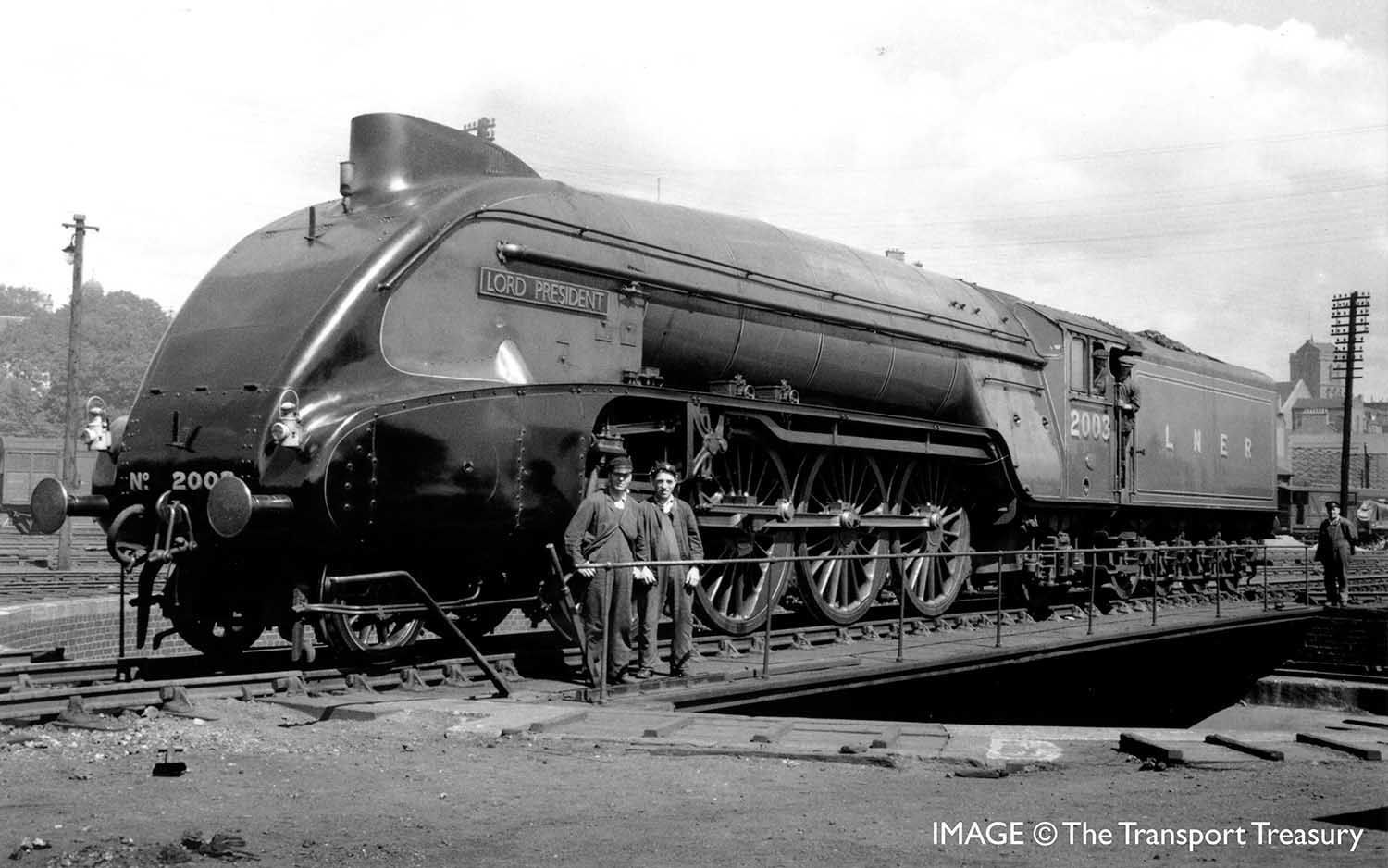 The London and North Eastern Railway (LNER) Edinburgh to Aberdeen route had steep gradients and tight curves and the express passenger service was usually worked by a double header of two small engines. To overcome this situation, Nigel Gresley, Chief Mechanical Engineer (CME) of the LNER began designing a new locomotive at the LNER Doncaster Works in 1932.

The 2-8-2 configured locomotive was given the classification P2 and had four driving axles for greater adhesion, an A3 type boiler and a Kylchap type blastpipe/chimney system. A total of six of the Class were built. As the first two were returned to Doncaster for repairs they were fitted with streamlined fronts similar to the A4 Pacifics. The last four to be built were outshopped with streamlined fronts.

By 1944 the whole Class had been withdrawn. Unlike its predecessors, 2003 'Lord President' started life as a streamlined locomotive, borrowing from the design used on Gresley's A4 locomotives, although this streamlining only applied to the front of the locomotive and did not continue past the smokebox and cylinders in a bid to ease access for maintenance. The locomotive was allocated to the Haymarket Shed before being transferred to Dundee in September 1936 where it stayed until October 1942.

No. 2003 was the last P2 to be rebuilt as an A2/2. The engine entered the works in September 1944 and rebuilding was completed in December.