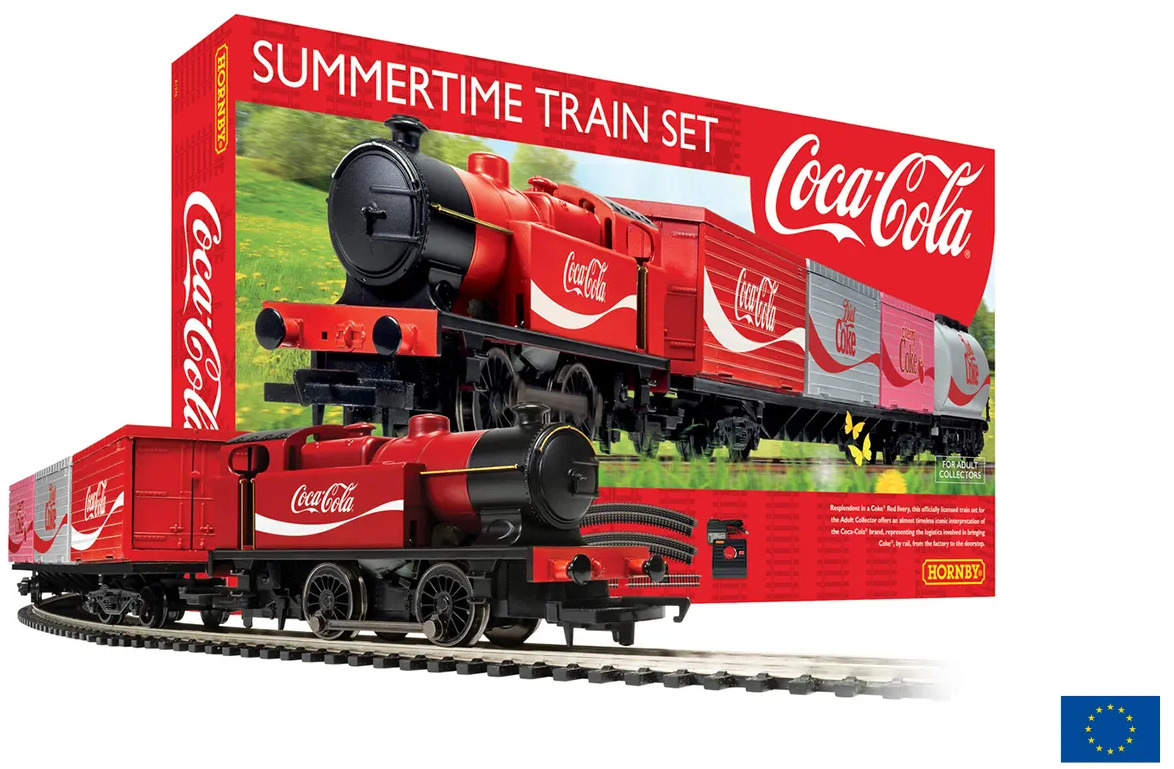 Resplendent in a Coke Red livery, this officially licensed train set for the adult collector offers an almost timeless iconic interpretation of the Coca-Cola brand, representing the logistics involved in bringing Coke, by rail, from the factory to the doorstep. The set is an ideal starter layout and offers the model railway enthusiast a brilliant and unique train set with an engine & wagons featuring the distinctive Coca-Cola design.

It includes a good starter layout that can also be enjoyed by those new to the hobby and easily extended later.

This set does not include a paper TrakMat. You can order one using code R8217 should you wish.

**Hornby model railways are a complete system, - so when you are ready you can expand using more Hornby track, locomotives, coaches and wagons. There are more Coca-Cola branded models in our range too!

**Check out the related products for helpful suggestions for your next steps. Enjoy!
Suitable for adult collectors.