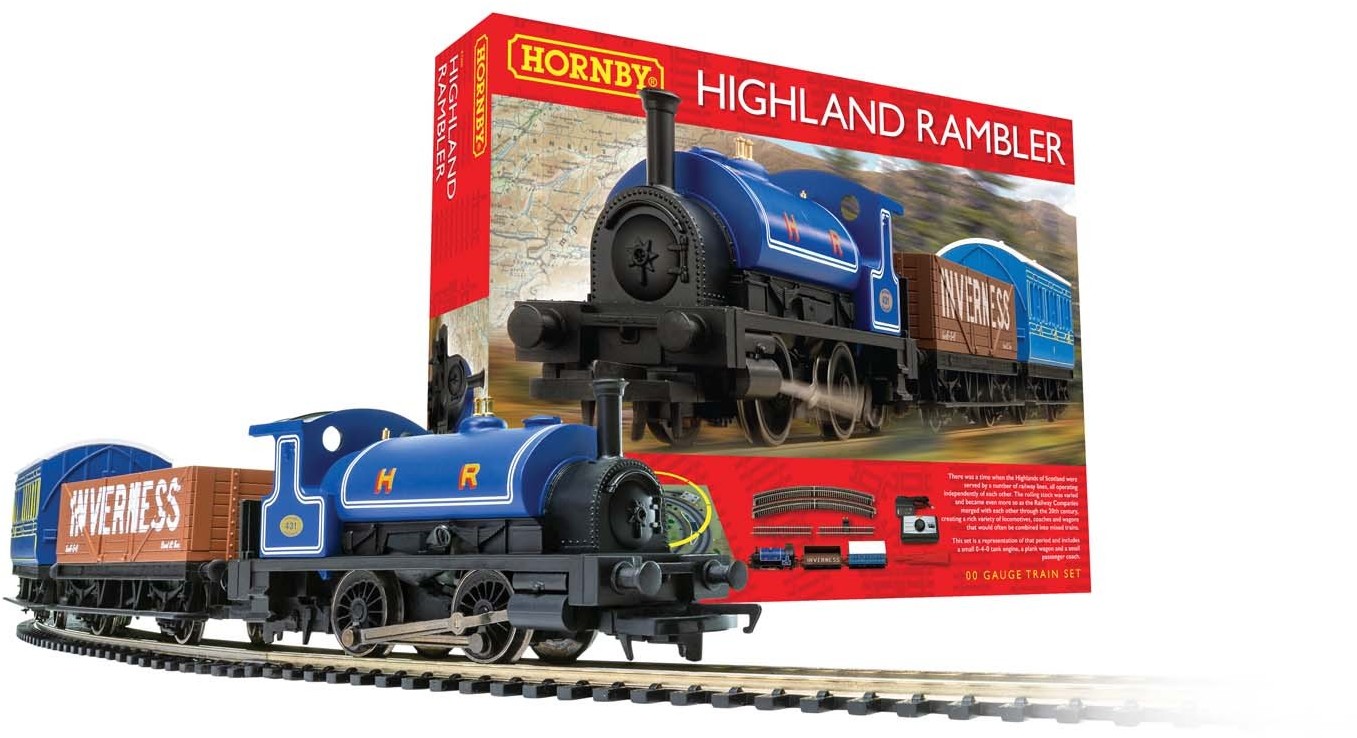 There was a time when the Highlands of Scotland were served by a number of railway lines, all operating independently of each other. The rolling stock was varied and became even more so as the Railway Companies merged with each other through the 19th century, creating a rich variety of locomotives, coaches and wagons that would often be combined into mixed trains.

This set is a representation of that period and includes a small 0-4-0 tank engine, a plank wagon and a small passenger coach. The oval track circuit in this set can be extended by using additional track and accessory packs, creating an exciting and fully functioning model railway.