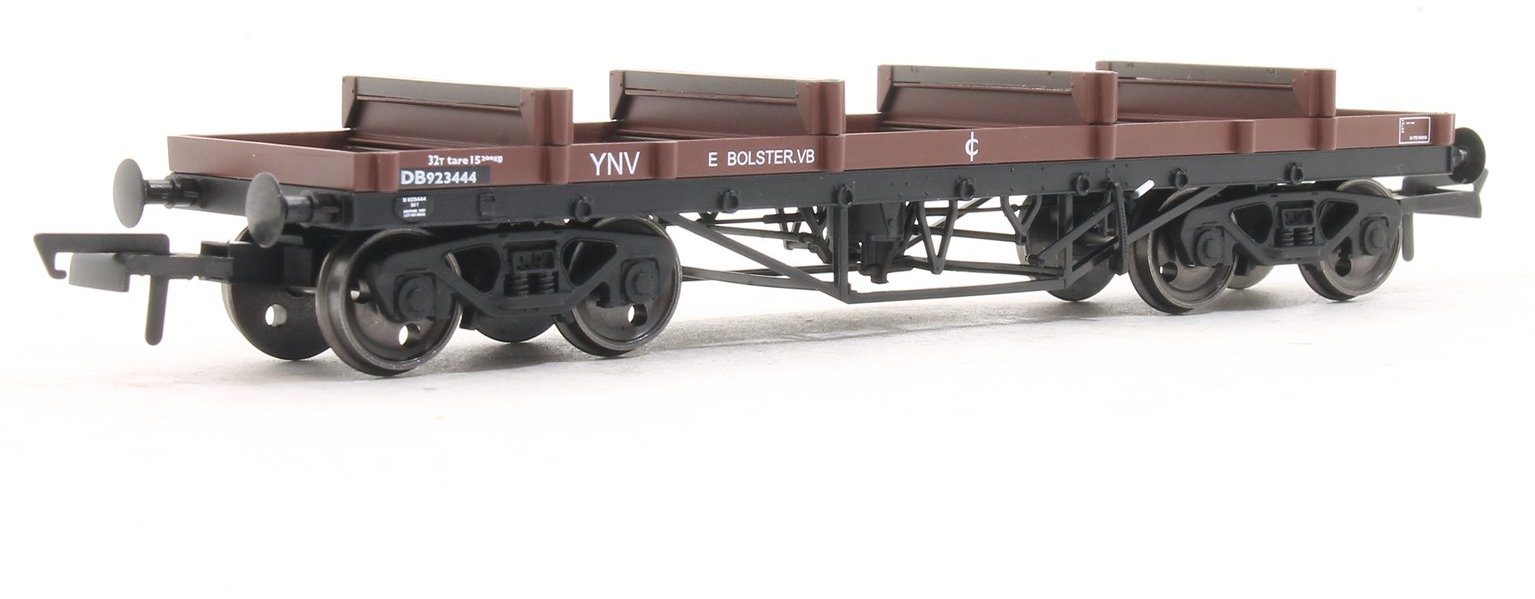 Based on diagram 1/479 Two Lots were built in Ashford by BR during 1961 - 1962, a total of 1200 wagons were built. Constructed to a modern design, on David & Lloyd bogies, this wagon was the shortest of the bogie bolsters at just over 32 feet in length. The reasoning behind equipping such a short vehicle with bogies was that a higher load could be carried due the increased axle count. Though originally constructed as part of BRs regular 'pool' of commercial wagons, they quickly found favour with the Engineers Department as well as many other uses including conversions to steel coil carriers and continuous welded rail transportation amongst other uses.