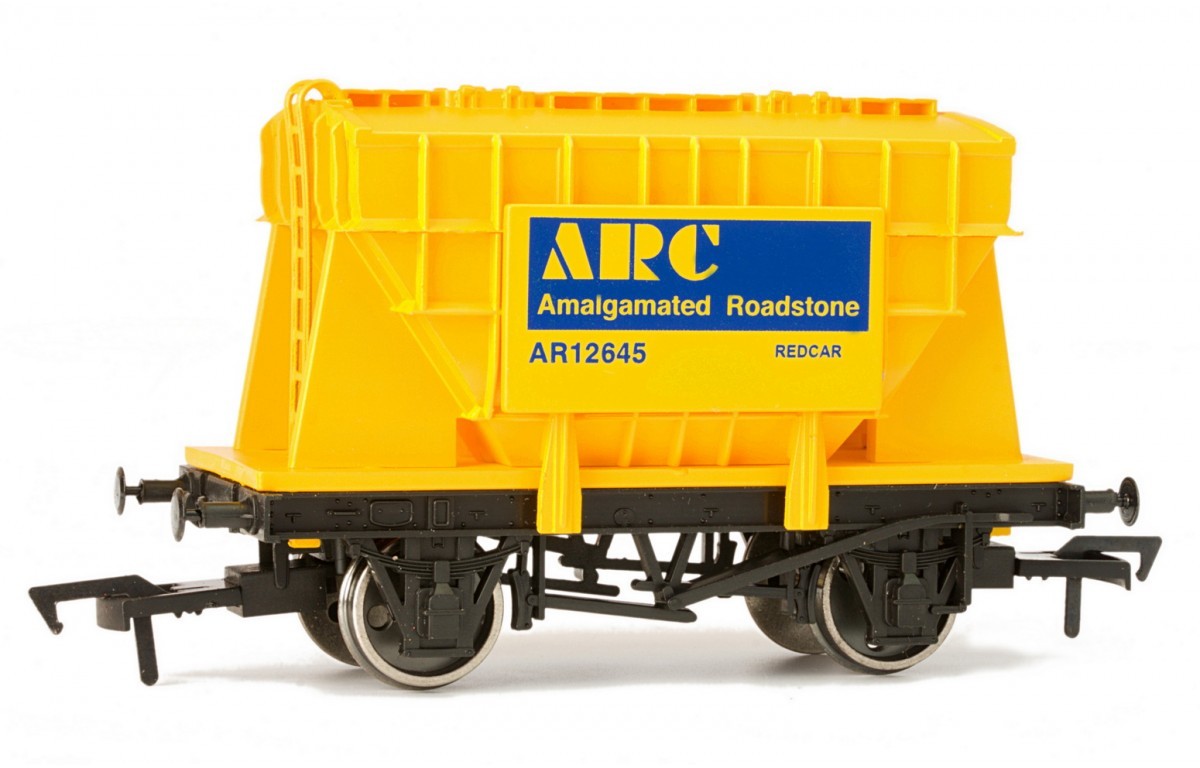 The pressure discharge bulk powder wagon abbreviated to Presflo was developed in 1954 to efficiently transfer and transport cement and other powders. The wagon had a capacity of 20 tons (later increased to 22 tons) and was gravity fed from the top and discharged under pressure via pressure hose and valves from one side of the wagon. Five different factories were involved in the production of the total 1920 Presflo cement wagons produced between 1955 and 1961 and so successful was the design that they were only finally withdrawn in 1987. Several Presflo wagons survive into preservation

The Dapol model of the Presflo features:

• NEM pockets with self centring couplings