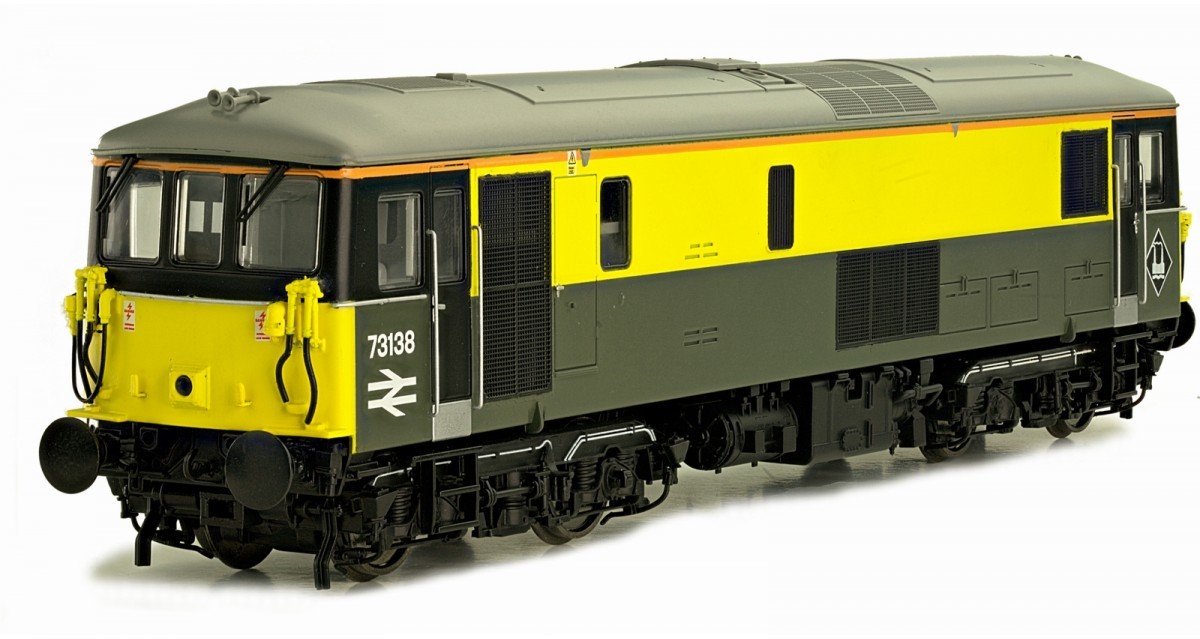 The British Rail Class 73 is a type of Bo-Bo electro-diesel locomotive and is dual powered, capable of operating electrically from 750V DC third rail or via a small on board diesel engine. The relatively low power of the diesel engine (600hp) and the scarcity of third rail supply means that the locomotive rarely operates outside the Southern region. Forty nine Class 73??s were built in total. The first six were built by BR at their Eastleigh works in 1962 and were designated Type JA. The remaining forty three were built by English Electric at their Vulcan Foundry at Newton-Le-Willows between 1965 and 1967 and were designated Type JB. The later Type JB had a slightly higher power output with a top speed increase from 80 to 90mph. Since the privatisation of BR, many Class 73??s were acquired by the small operators and have been seen running in many different liveries. At least eleven locomotives survive into preservation and several are still in use with GBRF and Network Rail.

The Dapol model of the Class 73 shall feature

· All wheel drive and pick up