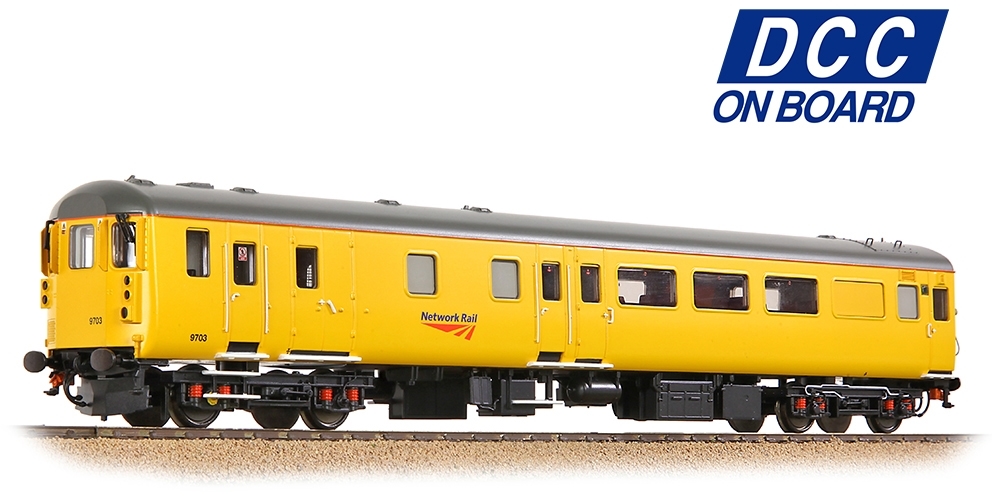 We are delighted to present this new Bachmann Branchline model of the Refurbished BR Mk2F Driving Brake Second Open (DBSO) in Network Rail Yellow livery as part of our Autumn 2022 British Railway Announcements.

Just like the models released earlier this year, our Mk2F DBSOs accurately depict the vehicles in their Refurbished condition – most notably with the removal of the corridor connectors at the cab ends. These state-of-the-art models incorporate a wealth of fine detail, including separate metal grab handles on the roof and metal handrails on the end, plus etched horn grilles and separate window wipers. Furthermore, to accurately portray this Network Rail vehicle, the ETH and Multiple Working Equipment has been removed and additional electrical connectors are fitted at the corridor end, plus two saloon windows are blanked. The interiors are detailed and decorated accordingly including window logos and representation of the internal mesh-walled luggage compartment. Not only is this model highly detailed and beautifully decorated, but it also features an integrated DCC decoder which controls interior lighting – including separately controlled cab, guard’s compartment, and passenger saloon lights – directional lights and the door interlock lights for a fully authentic operating experience. Analogue users can also enjoy the interior and directional lights when power is applied.