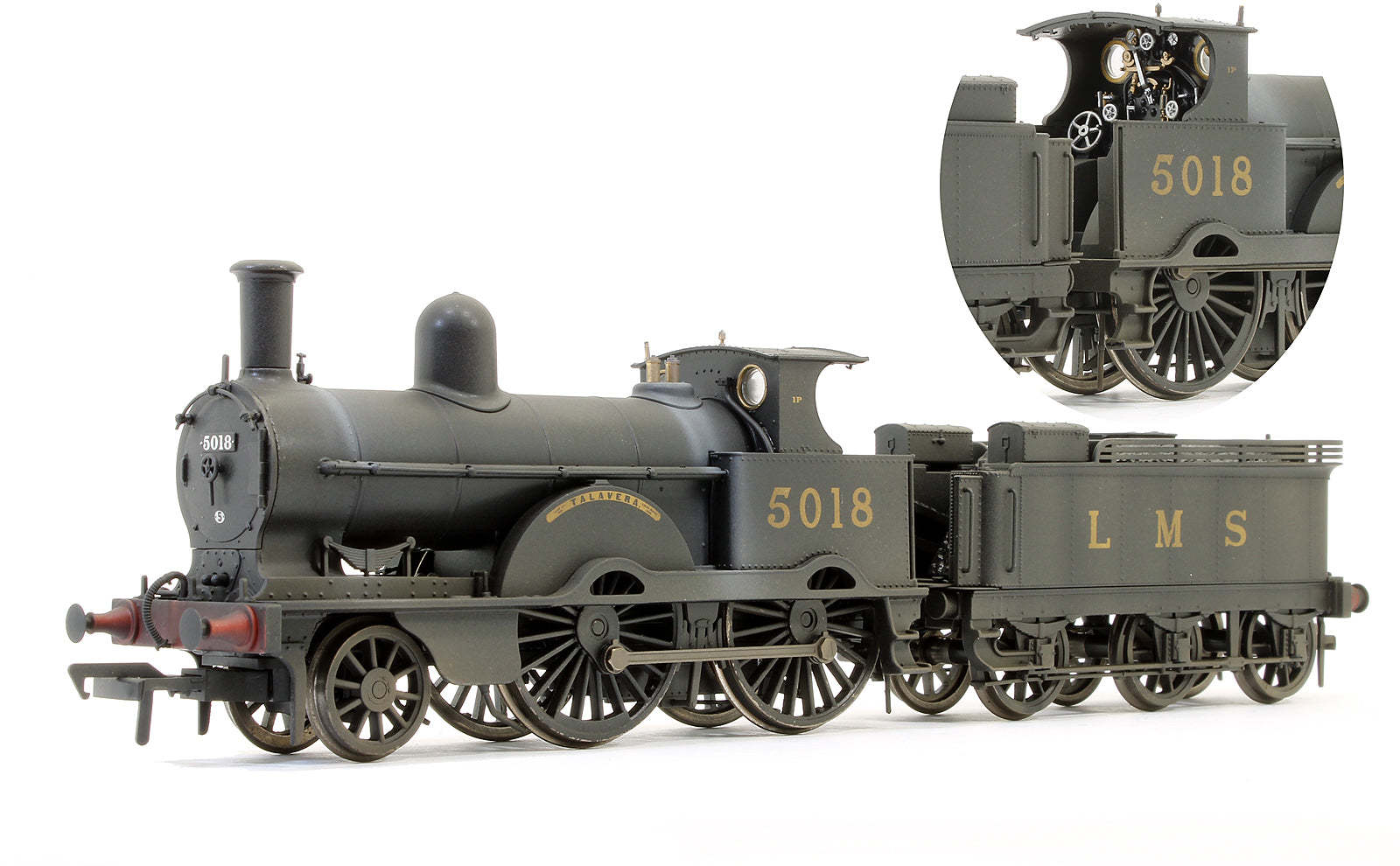 The OO Scale model has been developed for Locomotion Models and Rails of Sheffield by Bachmann Europe Plc.

The model incorporates a die-cast body and chassis with a set of optional traction tyre-fitted driving wheels for increased haulage capacity – (crankpin tools and spare traction tyres will be available via Bachmann Stockists).

The model features a coreless motor, with power pick up from both the locomotive and tender wheels. Mounted inside the tender is a 21 Pin DCC decoder socket and a 11mm x 15mm ‘sugar cube’ speaker.

All versions feature a fully detailed back-head whilst there are numerous tooling options enabling the accurate portrayal of specific locomotives during the chosen time period. Two boiler types are modelled, either with or without wash-out plugs, and both cowled Ramsbottom Safety Valves and Ross Pop Safety Valves have been catered for.

There is a representation of the inside motion whilst the front driving wheels can be modelled with either leaf or coil springing as the prototype dictates. Options are also available for plain or fluted coupling rods. Two whistle variants can be seen covering a single whistle on the roof, or two whistles on locos where alarm gear is fitted. A working fall plate between loco and tender is provided whilst the locomotive can have either Webb or Cook style buffers and two types of lamp bracket are modelled – LNWR lamp sockets or the LMS style lamp irons.

Technological improvements prompted the LNWR‘s CME F. W. Webb to replace 96 of the 6’6” Curved Link ‘Newtons’ and 62 of the 6’6” Straight Link ‘Precedents’ with locomotives featuring thicker frames and 150 PSI boilers. These emerged between 1887 and 1901 and became known as ‘Improved Precedents’. Though new, an accountancy contrivance meant they were considered ‘renewals’ and kept the names and numbers of the locomotives they replaced.

Gaining the nickname ‘Jumbos’ or ’Big/Large Jumbos’ because of their performance, withdrawals of the ‘Improved Precedents’ started in 1905 with the London, Midland and Scottish Railway inheriting 76 at the 1923 grouping. The last was withdrawn in 1934.

No. 790 ‘Hardwicke’ was the only example to be preserved in 1931, having become famous during the ‘Races to the North’ in 1895. It ran between Crewe and Carlisle at an average of 67¼ MPH, a record which stood for 40 years thus assuring ‘Hardwicke’ a place in British railway history. Another member of the Class No. 955 ‘Charles Dickens’ clocked up over 2 million miles, another record for a steam locomotive that has never been beaten.

Please note: Images shown are from a livery sample.

As you will find with every pre-production sample, the purpose of EP and livery samples are to flush out any errors or issues with the model before it goes into full production. Several minor points have been identified so far and necessary changed will be implemented.