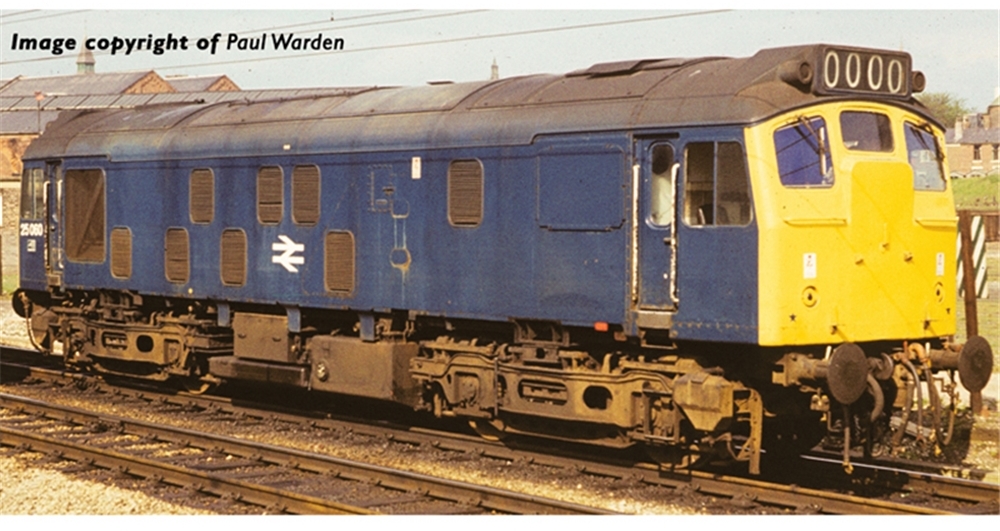 Following publication of the British Railways Modernization Plan in 1955, the British Rail Class 25 diesels were introduced into service in 1961 and were more powerful than the Class 24 Bo-Bo diesels introduced three years earlier. A total of 325 Class 25 Diesel Locomotives over several sub-types were built, most at BR Derby, but some were constructed at Crewe and Darlington with a further 26 built by Beyer Peacock of Manchester.

As Type 2 locomotives, the Class 25s were often seen working in pairs to increase operational power. The class was, however, a true mixed traffic locomotive, equally at home on either passenger or mixed freight duties. They were well suited to the task of replacing steam traction on duties over a wide area of the British Railways system and were allocated to numerous depots across the Eastern, London Midland, Scottish and Western Regions. Although not allocated to the Southern Region, they were often seen on incoming and through traffic from the other regions. Following closure of numerous lines in the late 1960s and the resultant loss of passenger work, during the 70s & 80s they were more likely to be seen on either freight, newspaper, parcels or specialized duties. with notable examples including the provision of train heating for steam hauled specials in their swansong years. The Class was finally withdrawn from service in 1987, but twenty preserved locomotives survive to the present day.