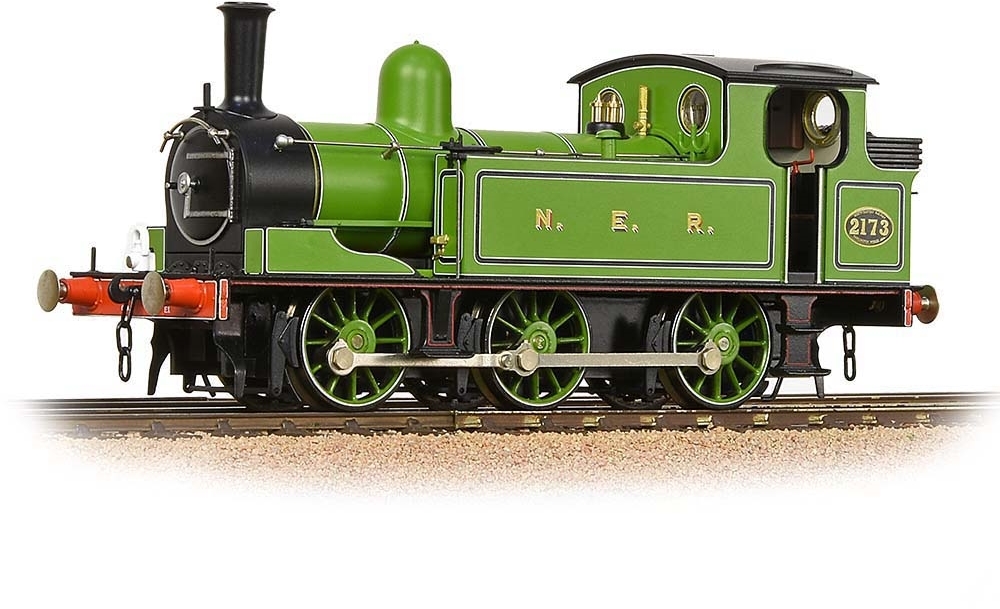 Designed from the rails up, the J72 has been modelled with a level of detail not previously seen including representation of the inside valve gear which can be seen beneath the boiler, sprung buffers and a cab interior which is fully detailed with intricate decoration. An accessory pack is supplied which includes headlamps that clip onto the locomotive’s lamp irons, plus three-link couplings and etched cab doors.

Enhancing the cab detail, the model features realistic firebox lighting which can be enjoyed when the model is used on analogue control and also DCC once a decoder has been fitted. For even more realism, choose the SOUND FITTED version and enjoy authentic sound effects on DCC and analogue control too!

Designed by Wilson Worsdell and originally designated Class E1 by the NER, the J72 was introduced in 1898 for light goods and shunting duties. Worsdell’s brother Thomas had introduced a similar locomotive in 1886, known as the E Class (later LNER J71), and the E1s were a development of this design, with smaller wheels but larger cylinders. Built at the NER’s Darlington Works and by Armstrong Whitworth, a total of 75 passed from NER to LNER ownership in 1924.

The LNER built ten further J72s at its own Doncaster Works in 1925 and had plans for a further 65 but these did not come to fruition. Remarkably, following Nationalisation BR built another 28 locomotives giving a total of 113 J72s with the last completed almost 53 years after the first had entered traffic.

Primarily designed for shunting and light goods duties, the NER and LNER locos were built with steam brakes, but during the 1940s vacuum brakes were fitted to some allowing them to be used on carriage shunting duties and several examples were allocated as station pilots.

Withdrawals began in 1958 and all had gone by 1964, except for two which were transferred to departmental stock for de-icing duties at Gateshead, North Blythe and Heaton. This life-extension sealed the fate of No. 69023 which was not withdrawn until 1967, by which time the preservation movement was gathering momentum and the loco was purchased by Mr R. Ainsworth who restored the loco to running order and named it ‘Joem’ after his parents, Joseph and Emmeline. Decorated in BR ‘Station Pilot’ livery, No. 69023 is now cared for by the North Eastern Locomotive Preservation Group and is a regular performer at the Wensleydale Railway.