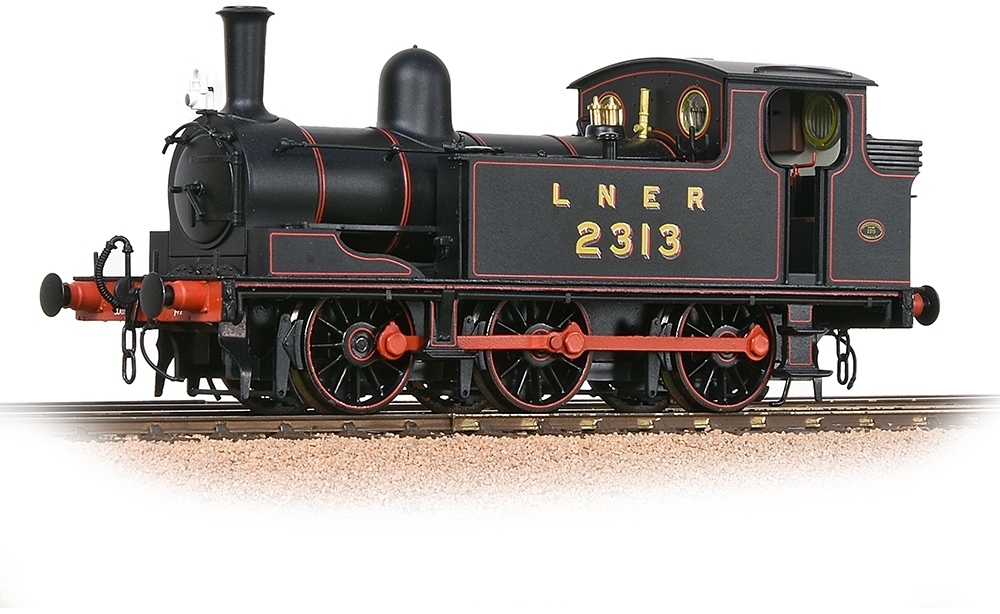 The J72 Class of tank engine possess the unique record of having been constructed at varying periods, over a span of 54 years under three railway company ownerships: NER, LNER and BR.

Designed by T.W.Worsdell, and originally designated Class E1 by him, the J72 was introduced in 1898 for light goods and shunting duties. They were a further development of the near-identical J71 Class, which had slightly larger diameter wheels, and were built at

Darlington and Doncaster Works and by the Armstrong-Whitworth Company.

85 J72s were built, the last LNER versions in 1925, then, after nationalization, between

design making a class total of 113.

During the late ‘40s, a number of J72s were fitted with vacuum braking, enabling them to